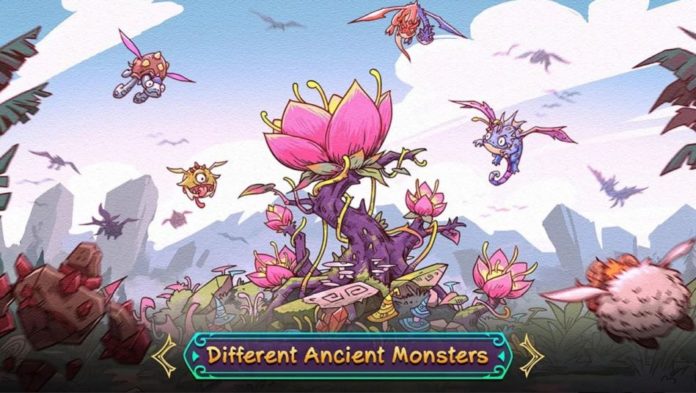 In today’s article we are going to cover all of the Park of Monster tips and cheats to help you get new monsters and pass more stages in the game!

If you love merge games, then I believe that you will pretty much have a blast playing Park of Monster! With beautiful and unique graphics, you will have a ton of tasks to do in order to upgrade your monsters and get better stuff!

As similar as it is in terms of gameplay with Merge Dragons, it is totally different (and I would say waaaay better) because the graphics are stunning! But if that will not convince you, then you will have to see for yourself!

But enough with the praising of the game for now – you came here for all the best Park of Monster tips and tricks, so let’s not waste another moment and dive right into them right here below!

You can start merging the monsters and plants, gems and whatever else you will have as soon as you have 3 of one kind. They will then become a higher version of that item, so you will basically get something better in return!

You can merge anything in this game, as long as they are part of the same species / group. I suggest that you try collecting 5 instead of collecting 3, because it’s going to give you a better merge bonus. Basically when you merge 5 instead of 3, you will receive 2 of the newly upgraded items.

Try to do this if you have the necessary spaces to move around and shuffle things about, because it is way more profitable in the end. This should help you clear up your board much faster and it’s really something that you should do.

As odd as that sounds, that’s how you can name them, because they are basically… balls. These balls are the shiny yellow star looking balls which carry out energy able to dispel the blocked out blocks (the grayed out ones).

I suggest that whenever you see one, you go ahead and tap on it so that you can release the energy within it. These balls can come in increasing qualities, and the bigger they are, the more energy they will release.

Always try to tap on the energy balls whenever you see them, because they will take up a lot of space if you don’t, and that is not really ideal.

You will see that every single block on the board is marked very similar to a chess board. That is because everything that you have (structures, plants, eggs and so on) can take up one block, and one block alone.

You will only be able to cover one block with one item, so you might need to know that by now, you will need to expand your territory quite a bit.

In order to expand your board, you will need to merge monsters, as many as possible. This is not super easy to do, because as you well know you need 3 monsters of a kind in order to make 1 monster of a higher rank.

I suggest that whenever you have the possibility to buy an Egg (with Gold) you do it, because you will need to try and expand as much as you can, so you can actually unlock more slots and have more working space.

All you need to do after you have merged enough monsters, is tap on the icon with a green symbol to unlock the new area. There will be some areas, such as the ones down below on the left side, which can only be unlocked by going premium (charging some money into the game), or by spending a total amount of Crystals (Gems / Diamonds).

The one which requires you to spend a certain mount of Gems is on the right, so just remember that you need to spend 500 Gems to unlock it. Don’t go out of your way and start spending the Gems that you got on random stuff, but think carefully what you want to spend them on, because they will add up and eventually you will unlock it!

Since every block can only be used for one item alone, then you should start considering organizing your board. This will make your board much easier to use, understand and place items around.

I suggest that you start creating areas where you are storing your items, and grouping them up to make things much easier.

For example, try keeping all of your eggs in one place, all of the stuff that you can get items from by tapping in another corner, and so on. This will make it much easier to see them (when you got the board pretty zoomed in) but also help you by making things much easier to combine.

Let’s say that for example you have 2 rare eggs of a kind – try keeping them with the other eggs, but grouped together, so that when you get a third egg, you can combine them much easier, faster and without searching your board for the lost egg.

Do the stage levels

You can find these stages in the bottom left corner of the screen, in an icon which looks similar to a map. Tap on that, and you will see a list of stages and challenge that you can complete to get more rewards.

Playing in one of these stages will require Hearts, which can be refilled in multiple ways:

– refill your hearts by watching a short advertisement to claim a free heart (can be done 10 times every single day, so it is super worth it)

I suggest that you start playing those stages ASAP because once you clear a stage you will receive a random Egg reward, but not only that – you will be given an opportunity to pick between 2 cards (for free) which will go over to your main board to help you expand and merge further.

I suggest that if you want to upgrade quickly and expand, then you try to play these stages as often as you can, because they are super useful. They are also pretty fun, so it’s an even better reason to do it!

Once you completed one of these stages, you can also go ahead and flip some of the premium cards (when you are given the choice) because these usually contain much better rewards, so it is definitely worth going for them as well.

Upgrade the houses – level them up!

You might notice that every monster will go out for some time and start collecting and producing goods, but after a while it will go to rest in one of the houses. By upgrading the houses, you will shorten the time a monster needs to rest.

I suggest that you do this, if you want to have monsters producing stuff much faster and much more often. To get more houses fast, all you should do is open the Shop and open the fourth tab, where all the buildings are.

There, just buy Mini Houses whenever you can and can afford, and upgrade them as much as you can. However, keep in mind that you need at least 1 monster awake to build the houses because when you purchase them, they will come… unassmebled (to say so).

In this game you can also add friends and get help from them, as well as offer them some help too! You can add friends by opening the fold menu on top of the Shop menu, and then heading on to the third tab there.

You will see several options, but if you want to add friends, you need to head over to the “Search” tab and type in your friend’s name (or anyone’s name that you want to add). I suggest that you add as many as you can, and send them every single day Hearts because they will send you too.

This can be done for free, so it’s an extra opportunity to get some extra Hearts! If you want to make things easier for other players to find you, leave your in game name down in the comments section below! You can also add me if you like! The IGN is “Saichi”!

If you are looking for extra resources, and you have a few good (or very good) monsters, then you can go to the Attack menu and set up your teams! This is super important, so make sure that your Attack and Defense teams are set up correctly, and always up to date.

And now, when you attack, you need to know that you can get various rewards for succeeding! Also, while you are plundering the enemy territory you will be able to claim various rewards, no matter if you win or lose. So if you are not going for a super high rank (for which you will need powerful monsters) then it’s good even if you go fight and lose, because you still get some rewards!

Especially during the stages for which you pay Hearts, you should make sure that you think well how you are placing your plants and everything pretty much, because you can make some very powerful combos.

I suggest that if you want to make some big merges, then you try out what happens when you place the flowers (for example) in various positions. Let’s say that you want to make some big combo, but you already have 2 flowers next to each other. You can try placing a third one one space away from the other 2, and then the fourth one next to the third one, while still leaving the spot free.

Then, you come in with a fifth flower and place it in the middle, uniting both 2 and 2 flowers from both sides! This can work by helping you make bigger merges and combos and freeing up more space!

These would be all of our Park of Monster tips and tricks that we have for you right now! Do you know some more useful game tips and strategies that you would like to share with us? Leave them down in the comments section below and also don’t forget to leave your IGN if you are looking for more in game friends to share Hearts with!