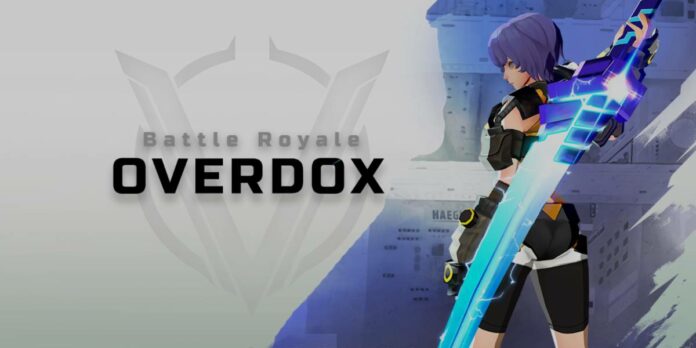 OVERDOX is an action RPG battle royale that takes place in a sci-fi anime world. Create your hero and choose from a variety of weapons to crush the competition with! Will you go for the speedy and deadly Dual Swords? Or do you prefer to attack your opponents with the long-reaching Halberds? We’ve got a list of the best weapons right here in our OVERDOX weapons tier list!

Dahaka is a Legendary Dual Sword that can slice foes into pieces while electrocuting them. Dahaka is probably the strongest weapon right now thanks to its high stats, initial attack that cannot be parried, and the electrified status condition. If you don’t finish off your opponents yourself, there’s a good chance the electrocution will do them in. Its ultimate ability calls down thunder on your foes, dealing lots of damage while also applying electrocution.

Lotus Flower is an Epic Long Sword that leaves foes with lasting wounds. It attacks quickly and inflicts the bleed condition, which makes your target take more damage that cannot be recovered until it wears off. Overwhelming your opponent with Lotus Flower’s quick attacks is very easy thanks to the speed and range, and the ultimate ability has two moves, giving you lots of flexibility.

Eternal Highborn is an Epic Staff. It’s probably the best Staff right now thanks to its burning attacks that damage your opponents over time. Eternal Highborn’s ultimate ability renders you invisible and increases your critical chance temporarily, and using this to get the jump on an opponent will almost always spell their doom.

Savagery is an Epic 1H Mace. Savagery is at its best when you’re attacking against defensive opponents, as all three attacks in the normal combo are Heavy Hits, increasing the amount of stamina lost for blocking against it. Savagery’s ultimate ability redirects a portion of any normal damage you take back at the offender, which is very powerful.

Sky Cannon is an Epic Halberd that has fantastic reach and inflicts bleed on its targets. The Sky Cannon is the perfect weapon if you like to torment your foes from a safe distance, as its range and bleed-inflicting hits are a nightmare for most players. If an enemy gets too close, Sky Cannon’s ultimate will knock nearby enemies away.

Steel Sword is a Normal 1H Sword that has quick attacks with decent range. You may be wondering why a Normal rarity weapon is in the high tier bracket, and that’s because of its ultimate ability, Release Sword Energy. This attack sends out a shockwave that travels across the entire map, essentially giving it unlimited range. This gives the Steel Sword way more utility than it should rightfully have, earning it a spot in the high tiers.

Wyvern Lance is a Rare Halberd that has long reach and can electrocute enemies. Similar to the Sky Cannon, the Wyvern Lance can torment enemies from a safe distance while applying a status condition. Unlike the Sky Cannon however, its ultimate ability draws foes closer to you rather than knock them away.

Related | OVERDOX Coupon Codes: How to get free crystals

Blade of Black Snow is an Epic Dual Sword that hinders your enemies by inflicting frostbite, a status condition that slows them down. They’re not as strong as the Dahaka, but the frostbite affliction on the first, second, and fourth hits is very good at locking down your opponents.

Chaos Ender is an Epic Giant Sword that can crush enemies with attacks that cannot be parried and inflict frostbite. Giant Swords in OVERDOX are not very good in general, but Chaos Ender is one of the better ones. The frostibte can help lock down opponents, and the ultimate ability is a fantastic gap closer.

Dark Pulse is a Rare 1H Sword that has no distinguishable traits except for its ultimate, which lets you enter stealth mode. Shadow Stealth damages enemies over time that are nearby, and when you exit the shadow realm you’ll immediately do moderate damage and inflict impact.

Great Sword of Destruction is a Normal Giant Sword that is another oddball. Its second hit inflicts electrocution, but its real standout is Chaos Pool, its ultimate ability. Chaos Pool will inflict random status effect stacks on nearby enemies every .2 seconds for a total of 8 seconds!

Lava Blade is a Rare Dual Sword that burns your foes to ashes. These Dual Swords appropriately inflict burn with every hit, and if that doesn’t get them its ultimate will! The Lava Blade’s ultimate summons a sword that spins around you, dealing heavy damage to all nearby enemies.

Thunder is a Rare 1H Mace that can disrupt foes with its staggering amount of hit effects. Landing the full 3-hit combo on an enemy will stun them, reduce their stamina, and knock them down. Oh, and the final hit cannot be parried! The ultimate ability calls down thunder on a targeted area, electrocuting any enemies caught inside.

The Umbral weapons are a bit of an oddity. While they’re Basic rarity, they can be very good if you invest enough resources into them. That’s exactly the problem though, as they can be much more expensive to upgrade compared to Rare weapons.

The three listed Umbral weapons are perhaps the strongest, as they have good stats and inflict a decent number of hit effects. The Umbral Lance in particular can stun enemies with its second hit.

All Umbral weapons come with the Regeneration ultimate, which is really helpful. You are immune to normal attacks during the beginning of the ultimate, and you recover 200 health over 4 seconds.

That concludes our OVERDOX weapon tier list. Anything not listed in the tiers above are less effective weapons that have mixed results. Think another weapon should be on this list or in a different spot? Let us know in the comments below!