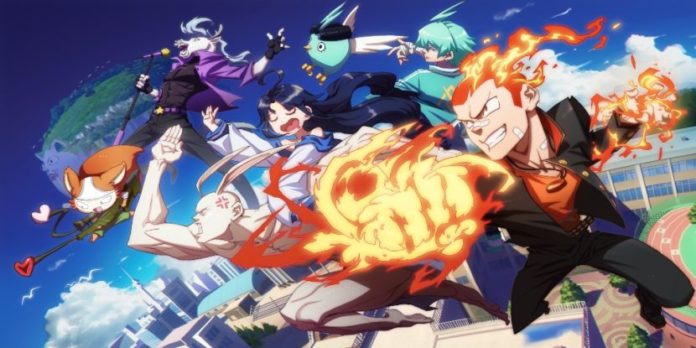 MOBA games are extremely popular on mobile right now, with several developers releasing their own take on the formula. Among them is NetEase, who is working on Marvel Super War. It seems like, however, that the developer has other ideas regarding MOBAs, and has another game in development right now which is way wackier than the Marvel licensed game.

Extraordinary Ones, which will be released early next year on iOS and Android globally, is an extremely over the top MOBA featuring a wacky cast of characters.

All character are inspired by mythological figures, and made more interesting by a typical anime design. This choice gives all characters a very distinct personality, which is extremely important in MOBAs, as characters make or break this type of game.

Maps are going to be extremely varied, and they will be extremely Japanese in design as well. The main one will be set in a high-school campus, and it will feature teleporters that can be used to launch stealth attacks on other players, introducing some variety to the formula.

Extraordinary Ones launches early next year on iOS and Android worldwide. The game is currently available for pre-registration on the Google Play Store.