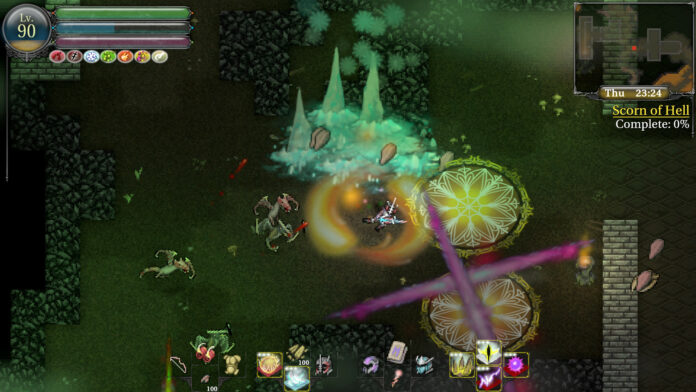 The 9th Dawn series has managed to become extremely popular over the years thanks to its fast-paced and accessible RPG experience, retro-inspired graphics, and hectic combat. The fact that the controls were tailored to touch devices definitely helped.

All this, and more, is coming back to a screen near you very soon, as 9th Dawn 3 is releasing in the next few days on iOS and Android globally.

9th Dawn 3 will retain the same 8-bit, retro-inspired graphics and open-world experience that lets players to whatever they want inside the game’s world. The hectic combat is also making a comeback, with its dual-stick control scheme that makes it extremely easy to learn but slightly harder to master.

9th Dawn 3 will also come with tons of new features not found in the previous entries in the series, like an expanded crafting system, a Power Gem system that can enhance weapons, rideable mounts, a card-battling mini-game, and even a creature system that lets players catch monsters and level them up. Did anyone say Pokémon?

9th Dawn 3 launches on iOS and Android on October 6th. The game will also release PC and consoles on the same day worldwide.