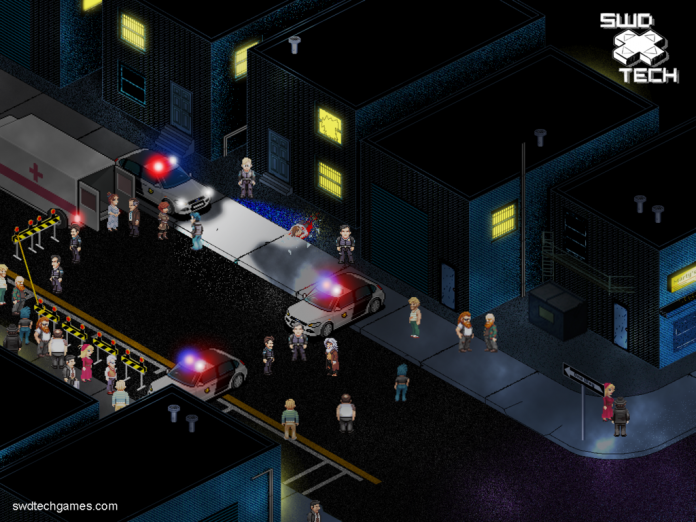 SWDTech, the team behind the game, is seeking to gather $97.000 to released the game on iOS devices as well as on consoles and PC.

Pixel Noir is a detective role playing game that mixes several themes and elements together. The game features an evident noir element as well as a cyberpunk one. It’s definitely an interesting mix that has never been made before.

Being a role playing game, you will have to deal with several statistics and several enemies. Combat in Pixel Noir will be turn based, with players having to decide which action will be performed during battle. Other gameplay features include an investigation mode, which will allow gamers to investigate parts of the environment and suspicious people.

Pixel Noir is a game that includes a lot of different features and, judging from the game’s Kickstarter page, it’s a mix that has a lot of potential. And it’s really unique, something that very few titles can boast of right now.

If you want to help the good guys at SWDTech and play Pixel Noir in the future, you can pledge some money to the project. You can get the game when it launches by pledging only $10.