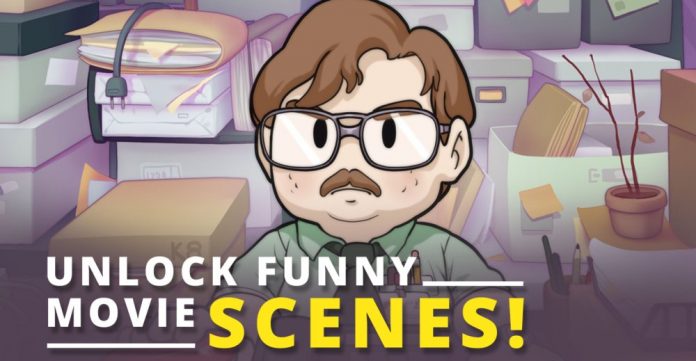 The Office Space movie might have been launched back in 1999, but it seems that the cult classic is never too old to get a mobile adaptation. Kongregate took care of the business and did a great job delivering Office Space: Idle Profits, a fast paced idle game / endless clicker. And I’m here to help you reap on the profits and get the most out of the game by sharing with you some Office Space cheats and tips in a complete strategy guide for this game.

It’s all about upgrading and tapping the screen like crazy as you probably know it, but we also have some other suggestions below. So let’s not waste a single second! Let’s check out below some Office Space: Idle Profits tips and cheats to learn when it’s the best time to Burn It, as well as everything else there is to be known about the game!

Tapping is fun, but not vital
It seems that the era of classic endless clickers, where you had to tap the screen like crazy with 150 fingers at a time is long gone. Office Space does give us the chance to tap the screen and earn some extra money, but the amount we get is extremely limited compared to what the offices themselves produce.

However, there is the instant tapping power-up (and probably more) that make this a bit more helpful, as well as the interns, so tapping the screen is not completely useless. So whenever you have some free time or a free hand, make sure to tap the screen like crazy in order to get some extra money.

Also upgrade having in mind to reach the milestones: at level 25, 50, 100, 200 and so on the production time is halved, so you basically get a huge increase in earnings per second. When deciding where to invest your money first, look at the amount generated and the money you have to spend to get that upgrade. If the costs are insane compared to the revenue you get, find a better deal.

Look for icons above your workers’ heads
Every now and then, an icon will appear above a worker’s head. If you’re fast enough to tap it before it disappears, you will get a nice chunk of money instantly.

Buy the upgrades
Tapping the arrow-like button in the menu gives you the chance to purchase upgrades in the game. These vary from increasing the amount of money you earn each time you tap the screen to extra interns and revenue boosts for the different rooms available in the game.

As they get more and more expensive, try focusing on the ones that increase the revenue generated by the offices and then the interns. If you do a lot of tapping, take those as well. However, eventually, you will end up purchasing all that are available – so the order is important since getting one first might actually generate a few more coins for you in the long run.

Get your free Character
Every six hours, you can go to the shop and get a free character. At the moment, the game doesn’t let you know that the new character is available, so you will have to check for yourself. Don’t forget to do this as the characters, especially when leveled up, can make your game a lot easier!

Be smart when assigning the Characters
Check out the details of each character you have and assign them based on their bonuses. Milton, for example, should be placed right below the top three levels in order to give his bonus to the most important money-producing units. The same goes for all the other characters: place them in such a manner that the best effects go at the top levels of the building since that’s where most of your money comes from!

The best part about assigning characters is that even after resetting the game, they still remain at their levels so you won’t have to manually assign them each time after a reset. So set them and forget them – at least until you get new characters which might be better suited for already occupied positions!

Watch ads to increase revenue
You can watch six ads per day in order to double your earnings from the office building for 24 hours. Each ad you watch gives you 4 extra hours of double profits, but my advice is to watch them all in order to cruise at double profits through the game and make your life a lot easier overall.

Burn it!
Burning it basically resets the game for you and has you start over. In the case of Office Space: Idle Profits, things are really easy if you are decently active throughout the day: use the Burn It button every morning, after collecting (and maybe increasing with another ad) your earnings.

Basically, you should use this option when resetting the game gives you a notable bonus compared to the previous bonus you got. The good news is that your characters and their levels won’t reset, so you’ll get even more from them. Everything else stats from scratch, but you will see that if you reset the game at the right time (every 24 hours is my suggestion) you will get back to the previous point extremely fast.

These would be my tips and tricks for Office Space: Idle Profits. If you have other suggestions for fellow players – or even questions about the game – don’t hesitate to let us all know by commenting below.