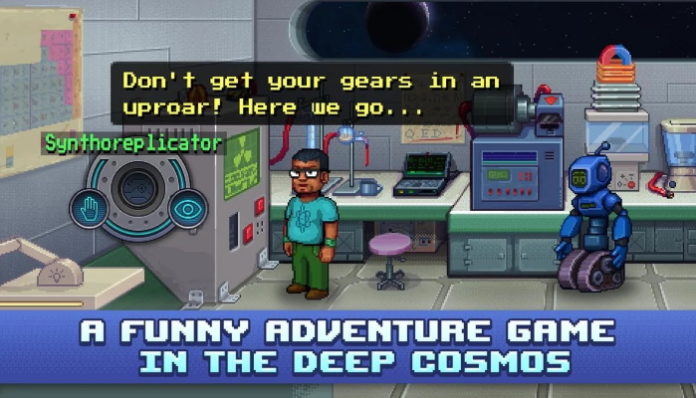 For those unfamiliar with the series, you take on the role of ship engineer Odysseus Kosmos. Along with his robot buddy Barton Quest, Odysseus is in charge of holding down the ship while his crew explores the planet below.

Due to a nearby black hole, time moves differently on the planet, so Odysseus and Barton have been waiting years for the crew to come back. They have been playing the waiting game for some time now, but when the black hole starts to make the ship malfunction, it becomes a race against time to save the entire ship and crew!

In the series finale, players will learn more about the crew members and how they all ended up on the San Francisco ship. Players will even get to play as the mysterious and powerful Ada. All questions will be answered in this thrilling end!

Odysseus Kosmos Episode 5 is available now on the App Store and Google Play Store for 1.99 USD.