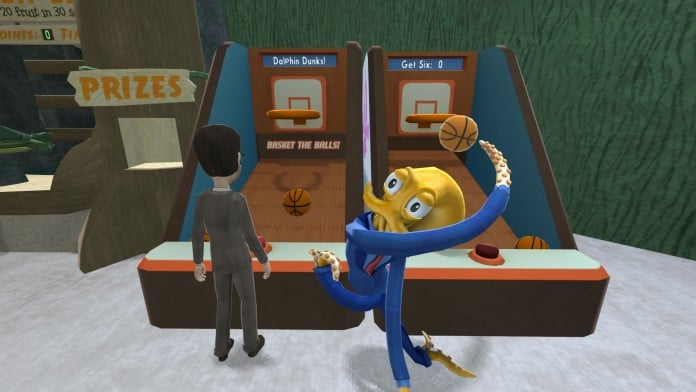 Octodad: Dadliest Catch, the unique game developed by Young Horses, is definitely one of the more interesting games released in recent times, as all those who have played it know. If you have never played the game and want to play it on the go on iOS devices, you will be happy to know that Octodad: Dadliest Catch is going to hit the App Store sometime during October.

The news comes straight from developed Young Horses, who has teased the upcoming iOS release of the game on Twitter with a re-imagined version of Apple’s logo.

In Octodad: Dadliest Catch, players control the titular Octodad as he tries to complete increasingly comples challenges while trying to hide the fact that he isn’t a human. By controlling each tentacle, players will have to keep human appearances as well pick up and throw items and much more. Making things more difficult is the fact that most challenges also involve other characters, making mantaining an human appearance even more important. This also leads to some hilarious situations that make the game even more charming.

Octodad: Dadliest Catch will be released on the App Store sometime next month. We will keep you updated on the game as soon as more comes in on it so stay tuned for all the latest news.