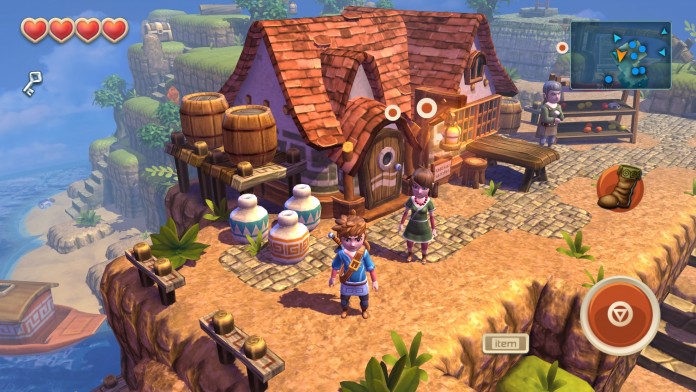 Oceanhorn, the nice game developed by FDG Entertainment, is going to receive a new update next month, the team confirmed earlier today.

The new Oceanhorn 2.5 update, which will be released on December 11th, is going to introduce several graphical enhancements that will take advantage of the extra power offered by the latest iOS devices, iPhone 6, iPhone 6 Plus and iPad Air 2 and offer a new ultra quality graphical setting, increasing the polygon count, improving lighting effects and making the game run in 60fps.

Back in August, Oceanhorn: Game Of The Year Edition has been released on the App Store. This update, which was made available for free for all those who purchased the original release, included some extra content that expanded the already extensive experience of the game with a new fishing mini-game and more.

Oceanhorn: Monster of Uncharted Seas is one of the best games released on the App Store last year. The game has been heavily inspired by The Legend Of Zelda series, featuring a gameplay experience that’s quite similar to the classic Nintendo series. This is also one of the issues of the game, as the gameplay experience is derivative and way too similar to the Zelda series.

Oceanhorn: Game of the Year Edition is now available for download on the App Store. You can learn more about the game by reading our in-depth Oceanhorn Review.