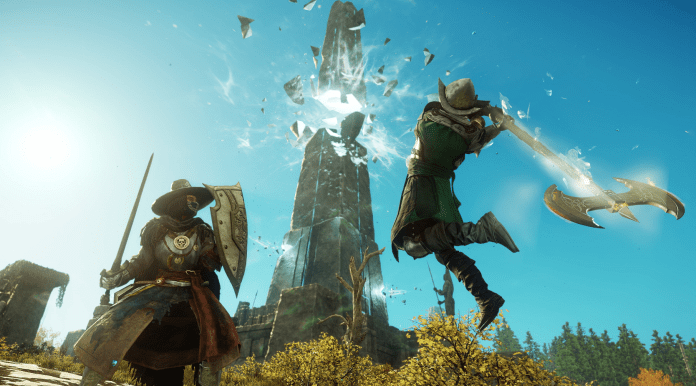 New World is an exciting MMORPG that allows you to explore a huge world and team up with other players to fight against your enemies. Today we are going to talk about the event called Dynasty Shipyard Expedition. It has a few tough opponents that you will have to fight and other dangers that you should be aware of. So, this guide will tell you some tips and tricks for New World Dynasty Shipyard Expedition.

Dynasty Shipyard is some kind of dungeon that you can enter with your teammates. It has a huge amount of tough enemies you will have to fight and if you want to succeed you will need to prepare your team well. In this guide, we will provide you with some tips on how to complete Dynasty Shipyard Expedition and defeat all of its bosses. Hopefully, they will be useful to you.

Choose the Right Type of Damage

Dynasty Shipyard Expedition is a level that is filled with Corrupted Pirates. The enemies of this type are weak against the Slash, Nature, and Arcane types of damage. So, you should use weapons that are able to attack with one of these three types to hit your opponents effectively.

Always Clear the Small Ones

Most of the Dynasty Shipyard Expedition bosses and mini-bosses have escorts of smaller mobs. Also, they will summon new enemies during the fight. So, we recommend you clear all of these opponents in the first place as they can easily outnumber your party and spam you with attacks.

Take Down Supports in the First Place

Some mini-bosses in Dynasty Shipyard Expedition will have the so-called Maidens. For example, an opponent named Commander Chen will have two Maidens that will accompany him. We recommend you take down these two supports in the first place. After that, you should focus on the Commander himself.

Isabella and Her Annoying Pets

Isabella is the first boss and she is not that tough. Her attacks are quite predictable and the pirates she summons are easy to beat. However, she has two giant tiger-like pets named Oro and Jovo. It is possible for your tank to agro both of them but it is really hard. We highly recommend you take them down as fast as possible. This won’t let one of them kill all your support and DPS characters.

Empress Zhou and Her Beacons

Empress Zhou is the final boss and her attacks are really powerful. However, they should be easy to see and dodge. Her adds are quite weak and you should be able to defeat them fast. The main trick is her beacons or totems that will deal massive damage. So, you should destroy them as fast as possible whenever the empress spawns them.

There are lots of tough enemies that you will encounter in Dynasty Shipyard Expedition and hopefully, our tips will help you to defeat them. Good luck with your adventures and battle in New World!