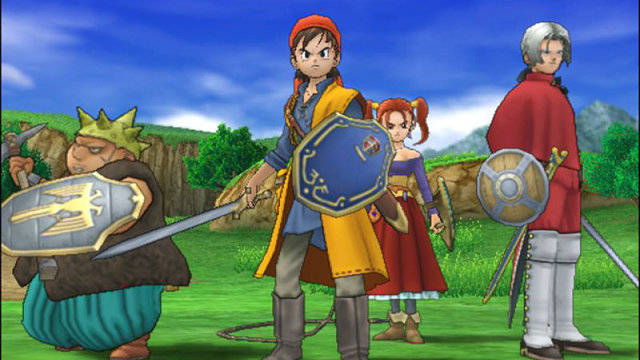 A Famitsu user recently uploaded some new footage via Youtube which showcases how the recently announced Dragon Quest 8 mobile port will function.

The mobile version of the game will feature a brand new user interface that utilizes touch-based controls for actions such as movement, menu navigation, and combat. During battles, players will be able to choose from a variety of different commands, all with a few simple finger taps, to unleash their party’s full power against their foes. Outside of combat, movement in the open world will be handed via a circular movement reticule with the player holding down the directional segment of the reticule corresponding to the direction they want to move in.

No word yet on whether any of these mobile Dragon Quest ports will see a release outside of Japan but if they do well enough (which they most likely will given the series’ popularity) there is a good chance they could eventually be released state-side as well. In the meantime, the below footage can hopefully tide fans over.