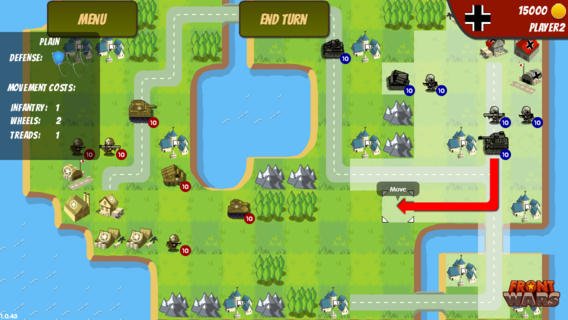 After a few very intense weeks in terms of new iOS game releases, this week is pretty silent with just a few notable releases. Still, there are solid games launched, including one that will probably become a fan’s favorite for a long time: In Fear I Trust. Add to that a new nice simulation game from Kairosoft and some strategy games and you have a pretty nice set of games to try out this week.

So let’s take a look below at the newest iOS games available for download!

In Fear I Trust

Real horror games are lacking on iOS and In Fear I Trust from Chillingo promises to fill that gap. Face your fears and experience a psychological thriller unlike anything you’ve seen before. In Fear I Trust brings a new kind of nightmare to mobile with stunning visuals, brain-teasing puzzles, and terrifying revelations.

iTunes link: In Fear I Trust 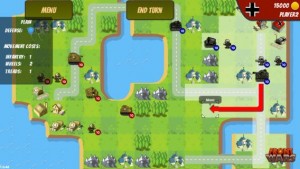 A turn based strategy game that brings back to life some of the most important battles of the second World War. You fight against the German troops and even though the graphics might make you think that this is a game for kids, it’s certainly not the case. Expect a review from us soon if you don’t want to rush to buy this one yet. A game that looks similar to all the other Kairosoft titles released by the company, but with some interesting differences. This time, you’re building a Ninja Village and fighting to unify Japan, so prepare for battles and ninja training. A great game especially for those who enjoy Kairosoft titles.

The aliens are back, and this time they’re on a mission to turn your beloved sheep into sweaters for their emperor! The sequel to the hit tower strategy adventure TowerMadness is finally here. Protect your flock using quick thinking and an arsenal of awesome weapons.

A tower offense game with beavers and squirrels… it doesn’t sound like much at first but proves to be pretty fun actually. Customize your beaver-bashing strategy with an assortment of spells, upgrades and squirrels. Can you fight off the evil beavers and win back the Tree of Life?

And there you have them – the best iOS games launched this week. Let us know which is your favorite by commenting below.