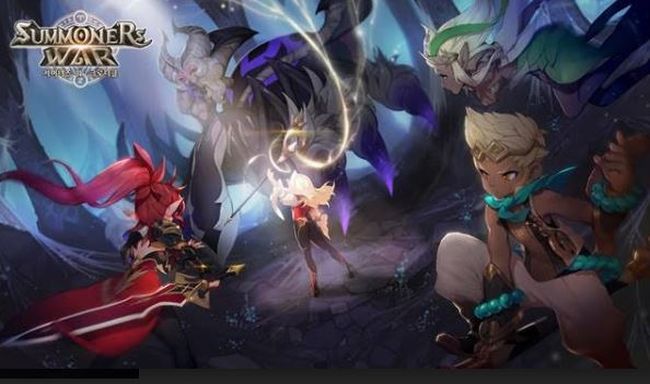 Com2uS has just officially announced the title for their new project! From a catchy RPG, to a MMORPG, “Summoners War: Chronicles” will be a game where you can learn the history on which the game has been based on and unfold it together with your friends.

Because Summoners War: Chronicles will be a MMORPG, it will allow for a lot more features and will let players prove their strength in various situations! But don’t worry – the summoning system is not going anywhere!

Players will still be able to summon various monsters and take them on adventures to fight alongside them!

The action of the game is taking place 70 years before the story in Summoners War: Sky Arena, so that will be something of a prologue that shaped the game into what it is today.

Since the game will have a unique MMORPG gameplay, players will be able to create their own characters (up to three characters) and set on an adventure with real time battles, boss fights and plenty of raids to get stronger.

Players will also be able to share summoned monsters and resources between characters, allowing for many unique strategies to test your might!

For those of you who are into the game’s lore, Summoners War: Chronicles will unfold that in the most pleasant way – through the MMORPG style with dynamic and beautiful graphics!

Not much else is know as of right now, but as soon as we learn something new about the game, we’ll make sure to let you know!

Summoners War: Chronicles has been announced for the second half of this year, so there is just a few more month of waiting!