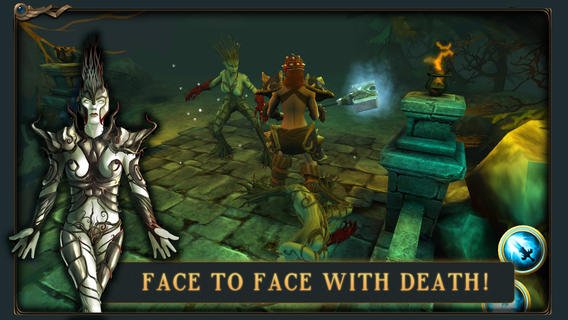 It’s a great week in terms of new iOS game releases, especially if you have some money saved up, because we have great titles released, like Dead Trigger 2, the digital version of the board game Alhambra, Bit.Trip Run and other great surprises. It appears that we’re going to have a pretty busy week (or several weeks, actually) after getting all these new games that have just launched over at the App Store.

And we did pick the best of the best to share with you and you can check them out below:

The sequel to the popular Dead Trigger from Madfinger Games is back and, as expected, it’s free to play. We did play for some time already and didn’t hit any IAP walls, so for now we’re really pleased with how things are looking. So… find a safe place to hide-out, get equipped, and fight for your life in a real time bid for survival against an onslaught of bloodthirsty undead. Join the Global Resistance and fight to crush the Zombie plague that has positioned the Earth on the edge of peril. Its up to you to provide humanity with a new chance at survival. Here’s some gameplay: 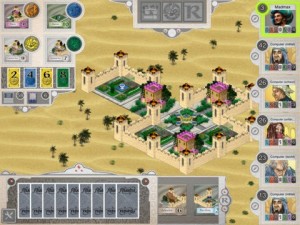 The digital version of the popular board game, Alhambra challenges you to employ the most suitable teams of Builders and make sure that you always have enough of the right currency. Because no matter whether they are stonemasons from the north or horticulturists from the south – they all want a proper wage and insist on their “native” currency. Cards, strategy, local and global multiplayer… in other words a great and promising game for fans of board games.

UPDATE: Apparently the game was published by mistake and has already been pulled off the App Store, with the expected release date being October 31st. We’ll still keep the trailer in case you’re interested:

Help the young space archeologist Hazel Joyce to protect the Mirari legacy by fighting an evil Doctor in a humoristic action adventure game (over little planets) with lots of exploration and puzzle-solving. Visuals are colorful and innovative: they feature a handmade style showing a minute universe with living planets that hide giant dungeons inside. And if the description of the game doesn’t say much, the trailer shows us a really nice game: 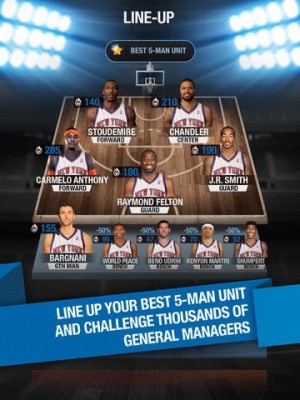 Assemble your team with both active NBA players and the greatest legends of all-time, enter the Auction House and make your bid, create your best roster and play challenges and tournaments against other General Managers. Lead your team to glory! Apparently, the game also takes into consideration the real life performance of your players, so it’s great for real NBA fans. 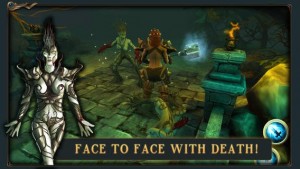 Set in a fantasy universe inhabited by different creatures of monsters, the game puts you in the shoes of a super warrior on a quest to destroy some magical portals that allow easy passage from planet to planet and have started to be used by a dark army bent on taking over the world. With such a story and with nice graphics, this unknown game might actually prove to be the real surprise of the week!

A Slender-like game that sends you to the 13th floor of a haunted hotel and challenges you to complete as many goals as possible before being captured by the Occupant. Which apparently can be delayed a bit if you throw books at him. An interesting premise, but after watching the trailer, I am not sure if I like it or hate it:

Oil Rush is a 3D naval strategy game that takes place in a post-apocalyptic world; nuclear war has melted the ice caps, changing the face of the planet forever. It features unique gameplay focused on group real time strategy and global-scale decisions. Plan several steps ahead, as every single swipe counts. Probably one of the best games out there.

Misfortune has overtaken the land! Dark Raven, a beast in the guise of a crow, has captured the castle of Queen Dove. With every solar eclipse, he sends his ravens together with a magic fog to seek out new victims. Will you be able to resist the temptation of lucrative gold, incomparable beauty and sumptuous food? Or will you manage to rescue Queen Dove — the only one who can restore the kingdom and free the Dark Raven’s other prisoners?

An arcade basketball game that takes some ideas from NBA Jam and delivers them with some cartoonish graphics. All for free, which makes it all extremely interesting. Check out a long gameplay trailer below if you want to know more about this game:

So, we really have a nice set of games to choose from. Which are your favorites? Let us know by commenting below!