Home Guides NEO: The World Ends With You: How to Defeat Drum ‘n’ Stinger 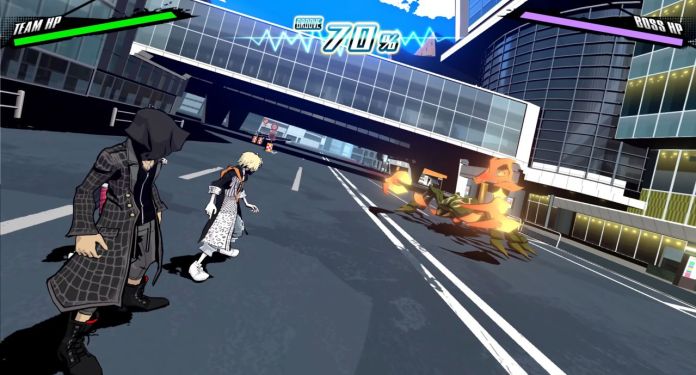 During their time in the new edition of the Reapers’ Game in NEO: The World Ends With You, Rindo and his friends will have to fight a lot of different Noise, including some very powerful bosses that will put your skills to the test.

Thankfully, the game doesn’t start throwing powerful Noise at you from the get-go, as the first few bosses are not exactly overwhelming, allowing you to get used to the game’s mechanics without having to worry about getting attacked left and right.

Here’s how to take down Drum ‘n’ Stinger, the very first boss in the game.

Drum ‘n’ Sting is the very first boss in NEO: The World Ends With You, and, as such, it is not so difficult to defeat. You will encounter this scorpion Noise at the end of Week 1, Day 1, so you will have to make do with the limited Pin selection available in the first day.

How to Defeat Drum ‘n’ Sting

As the Drum ‘n’ Stinger is weak to Fire, you should use the Firestorm Pin as much as possible to deal damage. Most of the boss’ attacks have a limited range, with the exception of the Poisonous Gas attack, so you can basically equip ranged Pins on all your characters and take down the boss with ease. If you equip the Joil Becot or the Angelic Kick Pins, you can use the charged kick attack to knock it over and deal damage safely in close range.

NEO: The World Ends With You: How to Defeat Drum ‘n’ Stinger