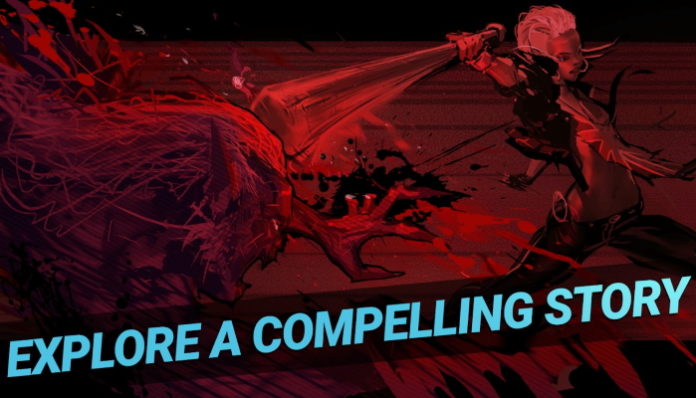 Mythgard is an all-new collectible card game set in a modern world with high fantasy and sci-fi elements. Featuring solo and team ranked play, Mythgard is one of the most robust CCGs on the mobile market.

There is plenty of strategy to be had here, with multiple factions, tons of cards, a variety of status effects, and a really wide playing field. Every choice matters, so make sure to think your actions thoroughly!

Our Mythgard tips and tricks guide will walk you through the early stages of the game. We will set you up strong, so that you have a good idea of how the status effects and deck building works. Let’s get started with our Mythgard cheats, tips and tricks strategy guide to starting out!

Play through the Story Mode!

Mythgard sports a very substantial Story Mode, and you will start the game guiding Percy on her quest to find her missing mother. Not only is the Story Mode pretty engaging, it is also a great way to earn coins and gain the skills necessary to stand a chance against other players.

The story will jump around different characters, each with their own unique deck. We highly recommend playing through the Story Mode all the way to the end, as it will familiarize you with all the different kinds of deck possibilities and units in Mythgard. Plus, like we said, the story is pretty good!

Complete the missions for coins!

You will need lots and lots of coins if you want to expand your card library and build the ultimate deck. You will gain a lot from simply finishing the Story Mode, so try to do that first. After that, your main source of coins will be completing the daily missions. You will start out with three: play matches, earn cards, and buy a card pack.

Playing any kind of match will reward you with bonus coins, and you can get up to a 11,400 bonus coins a day. 600 coins have to be earned through PvP matches only, so don’t forget about those.

Playing a match nets you coins no matter what, but actually winning rewards you with cards as well. Get at least three wins a day to get the daily bonus.

The last mission is pretty simple: just buy a card pack from the store for an easy 100 coins. You are going to do this anyways, so might as well get the bonus from it.

You can unlock three more additional missions if you either finish the Story Mode (if there wasn’t already enough reasons to do this!) or reach player level 6. You can get even more coins with a full set of six missions – try to get them as soon as you can.

Utilize you Paths and Powers!

Paths and Powers are passive abilities that can be selected before battles. You will start out with one path: Journey of Souls, which grants you +3 starting life and brings back lost minions as Ephemeral minions.

Paths are powerful augments to your deck, and the right one can boost your power even further. Knowing which one is the best requires some experimentation, so be sure to try them all out and see which one you like the most.

Powers are active abilities that require mana to activate. Powers happen instantly, and can do all sorts of things like damage your opponent directly (Smite), heal your minions (Mend), or give minions free move actions (Impel). Just like the Paths, there are no bad picks here, but the most optimal pick depends on your deck.

You start out with Journey of Souls and Smite, and to unlock more you will need to find them in chests or level up rewards. You can also get them from completing the Gauntlet challenge.

There are over 20+ status effects in Mythgard, and trying to memorize all of them at first is a near impossible task. You can always double tap a card to see more info, and if there are any status effects it will be described on the spot.

This is useful, but if you want more practical experience with status effects, you should try out the Puzzle Mode. In the aptly named Puzzle Mode, you will be dropped into a very specific situation with your minions already deployed and with certain cards in your hand.

You have to defeat your opponent as usual, but you must do so within one turn, meaning everything you see in front of you is all you have to work with. Each puzzle is themed around different status effects, so it is a great way to learn about what they do and the best way to counter said status effects.

The Oberos (red) is a legion of demons and vampires. As such, they fuel their aggressive abilities with your own life, but they also restore it with various life draining skills.

The Norden (blue) are descendants of Norse gods, giving them a wide range of strengths. They have a variety of minions at their disposal, direct damage spells, and multiple enchantment options.

The Aztlan (yellow) are a tribe of American warriors that wield the technology of the Magpyre Corporation. Yellow decks are all about buffing and enchanting and high defense minions. Many of the minions also sport defensive-type status effects.

The Dreni (green) is massive military force that dominates Eastern Europe. Green decks focus on never-ending assaults and debuffs. There are a lot of direct spells that focus on debuffing opponents, and they also use cards in their boneyard as a resource for some spells.

The Parsa (orange) is one of the oldest and most influential civilizations in the world. Orange decks are fast moving, since a lot of their cards have the Awaken status effect.

The Harmony (purple) is the culmination of a joint effort between three realms of existence. Being spiritual and physical, they are able to warp in and out of reality. As such, their signature status effect is Stealth, which hides the minion until they take action.

You can include as many factions in your deck as you like, but it is strongly recommended that you try to keep it to a limit of two factions. When you consider how gems work, you can see why you would want to.

You are give six starter decks at the beginning of the game, each with two factions built in. You can edit these decks as much as you like, so consider them good starting points to jump off from.

As you can probably tell by now, much of Mythgard’s match beginnings usually consist of a lot of burning. You need to build up your mana and gem reserves to get the big cards out, but remember that each card can only be burnt once – when it is recycled, you cannot burn it again.

That means you need to make sure that you are choosing wisely about which cards to burn. You do not want to burn a card that will be useful soon, or one that you might want to burn later.

Once you get your burning down, all that is left to do is to outsmart your opponent and play to your deck’s strengths. Perhaps you can try building a deck around specific status effects, or certain minions; the possibilities are endless, so always be trying something new!

And remember: the playing field is wide for a reason! All of your minions have a move action which means they can still move even if they have attacked. Reposition your minions as you need to, as multiple entry points to attack your foe is exactly what you need.

And that would be our guide on starting out in the latest CCG Mythgard. If you have any other tips or tricks to share, let us know in the comments below!