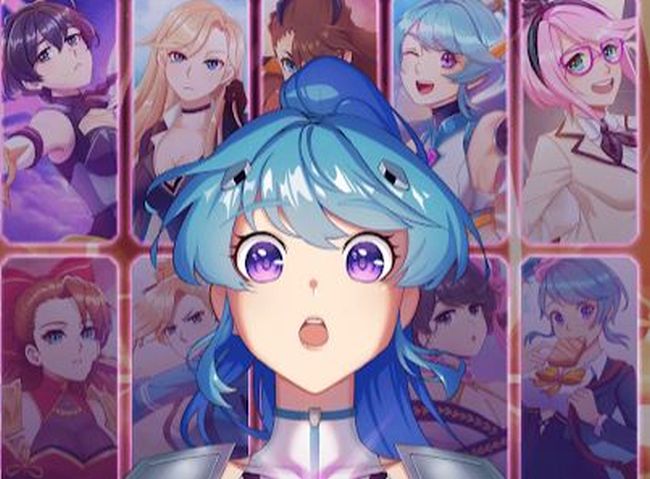 In today’s article we are going to dive into the Murasaki7 tips and cheats and help you pass more stages and assemble a powerful team to deal with anything and everything!

The game is a fun puzzle game which combines similar match-tree game mechanics with gacha system and enemy fighting, and turns it into a very catchy and amazing experience. There is a really cool story too which you can follow, so definitely this game has everything that you’d want from a nice relaxing and fun game!

But since you came here to learn all of the Murasaki7 tips and tricks, then let’s not waste another second and dive right into them right here below!

Match as much as you can

You should always try to match as many tiles as you can in the game levels, before the timer runs out. Basically you will start a new level and have a window where you can make matches, and on top of it you will have the enemies.

Once you start making matches, a timer will start too in the upper interface, but what you might not know is that within that timer you are supposed to make as many matches as possible.

The more matches you make, the better the bonus will be and you will do a lot more damage! So to cut this short, let me put it step by step for you:

First thing you should do is always check the puzzle area for ALL AVAILABLE MATCHES you can make. Not only will this help you because you won’t have to search in 1 second for the match-able pieces, but if you already have a pattern which you want to take when matching, this will definitely help!

So keep your eyes open for any move you can make in the puzzle area!

Once you analyzed the puzzle area, you should start matching. The second you make the very first match, the timer in the upper area will start and within that timer you can make the remaining matches. The timer will reset each time you make a new match and add +1 to the bonus!

Before a battle starts, you should make sure that in the pre-battle interface you always select a supporting hero from the list below because you never know – it might really help you pass a certain stage a lot easier!

There are 6 colors / elements in the game which you can play, and depending on their color, they will do more (or less) damage to the enemies. This is how the counters work, so try to remember them:

Grey (Omni) has no counters – it’s neither strong nor weak against any element.

Pink (Magitech) and Yellow (Mech) counter each other.

Red (Fighter) is strong against Green, but weak against Blue.

Green (Science) is strong against Blue, but weak against Red.

Blue (Ranger) is strong against Red, but weak against Green.

Always make sure that you use these because in the later stages, having some extra help with damage will really help a lot!

– Use the Angels’ powers

All of the Angels / heroes have a special power, so whenever you have charged theirs, you can feel free to use it by tapping on their character icon. Usually they charge it by matching the pieces with their color, so try and do that and you will find yourself destroying enemies a lot easier!

In the game you can collect more heroes to unlock more powers (they each have their own special skill) so I suggest that you try to collect as many as you can, possibly all of them! Not only you can choose which ones you want to play with for a particular level, but their various skills will also help in certain situations.

You can collect more heroes by heading on to the Recruit button in the main interface, or by selecting the Shop button from the bar down below.

Once you are in the recruiting interface, you can do your daily 1 free recruit of a random hero! Along with that, there is the Angel Recruit option which costs 140 for 1 recruit, and 1129 for 10 recruits (20% off). This will give you guaranteed a 2 star Angel from the 10 recruits.

I would suggest that you save up all of your Gems to do the Premium Recruits because they are a lot more worth it than the single Angel Recruits.

Get some extra Gems when you get new Angels

Whenever you recruit a new Angel, it will be automatically added to your collection. This collection can be found in the Team menu, and then when you select the Codex button in the upper left corner of the screen. There you will be able to tap on each unit with a red sign in the top corner and that will reward you with 40 Gems the first time you get that Angel!

The more unique units you collect, the more Gems you will be able to claim! So make sure that whenever you get a new one, you go and claim your free Gems.

Once you got all of the Angels you want, recruit equipment

Once you’ve got yourself some pretty nice Angels, you should go ahead and spend all of the Gems that you get on equipment. In the same location where you summon the Angels, you can also summon equipment, but for a much cheaper price! So I really suggest that once you get everything that you wanted, you spend the remaining Gems on gear.

Get EXP boosts to level up faster

If you are set on playing the game a lot, and you really want to advance as quickly as you can, then you should spend some currency on buying EXP boosts. There are many types of boosts, so head on to the Shop and select the Materials tab. There you can find a lot of boosts and enhancement materials, so check them all out and decide what you would like to use!

I would recommend that if you are planning on playing the game a lot of hours during the day, then you should definitely spend some Gems on a Player EXP boost. That will give you some extra EXP for 1, 2 or 3 days (depending which one you buy) and it will help you quite a bit, considering that the price is not high at all!

If you want to go that extra mile, then buy the EXP boost and Gaianite Boost together and activate them at the same time. This will definitely help you because Gaianite is used to power up your characters!

In the Home interface of the game you will be able to see on the left side a button which asks you to watch an ad. If you choose to watch an advertisement you can then claim a ton of Gaianite and Gems! There is a maximum number of 4 ads that you can watch a day, so I really suggest that if you don’t have anything against watching a few ads, then you definitely watch these 4 for the rewards!

Every single day you will be able to claim a lot of useful rewards which will come in handy the more you play. All you need to do in order to claim these is just log in to the game once a day.

I would suggest that even if you don’t plan on playing a particular day, then you just open the game to claim thee and then close it back, because the rewards are definitely going to be worth it. Also, they are cumulative so you need to log in consecutive days to get the maximum rewards!

Do your daily missions

Every day you will have some daily tasks that give you pretty good rewards. You can find these daily tasks by heading to the Battle button and then select the Daily Missions menu. There you will see a list of missions that you should try to complete every day because they will reset at midnight.

I really recommend that you do as many missions as you can on a daily basis because they will really come in handy.

There are a few types of missions, varying from Easy difficulty to Extreme difficulty, but even if you can’t really complete the harder tasks, you should still try to do the Easy and Normal difficulty as they are really not that crazy difficult!

These would be all of our Murasaki7 tips and tricks that we have for you right now. Do you know some more useful game tips and strategies that you would like to share with the rest of us? Feel free to leave them down in the comments section below!