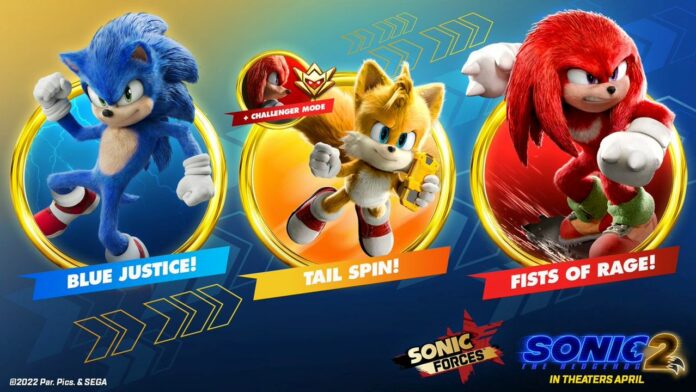 Sonic Forces Mobile has been doing great since release, with SEGA Hardlight providing new content quite often so as to allow players to continue enjoying racing online against other players using their favorite Sonic the Hedgehog character.

This coming April, fans of the iconic blue hedgehog will have plenty to be happy about, as the highly anticipated movie Sonic the Hedgehog 2 movie will debut in theaters worldwide on April 7. And Sonic Forces Mobile will also celebrate the movie’s release with a special event that is set to last for an entire month.

Developer SEGA Hardlight confirmed with a new message shared on Twitter that it is time to go fast against in Sonic Forces Mobile, as a new event meant to celebrate the Sonic the Hedgehog 2 movie release will be available in the game from April 1 until May 1.

Not much is currently known about this event, but it is likely that players will be able to unlock the movie variants for Sonic, Tails, and Knuckles. More details on the event are expected to be shared in the next few days, but in the meantime, you can check out how the three characters will look in the game in the tweet embedded below.

Never played Sonic Forces Mobile before and want to give it a spin? You can download the game for free from the App Store and Google Play Store in all regions right now.