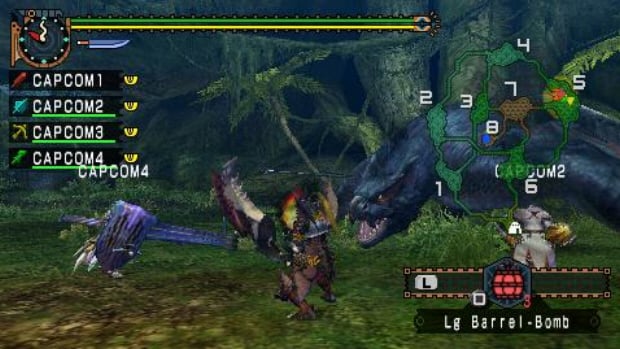 The Monster Hunter series is a series that doesn’t need any introduction. The franchise created by Capcom has become one of the most popular properties of the company, with each new entry selling quite a lot, especially in Japan.

With the series being so popular, it makes a lot of sense for Capcom to expand it further by launching it on different platforms. And that’s what the Japanese company will do in the near future, as Monster Hunter Freedom Unite is going to be released soon on iOS in the US soon.

The game is obviously going to be shown during the E3 and Capcom has released today its E3 trailer. You can take a look at it by going here.

Monster Hunter Freedom Unite is a true Monster Hunter game in every sense of the word. You will be traveling the word in order to find and kill dangerous monsters, collect parts and create stronger equipment pieces to defeat even more dangerous monsters. The multiplayer mode makes the whole experience even more enjoyable, as gamers are able to go hunting monsters with other players from all over the world.

Monster Hunter Freedom Unite is going to be released soon on the App Store in the US. There are no news on a European release at the time of writing. Pricing has yet to be confirmed as well.