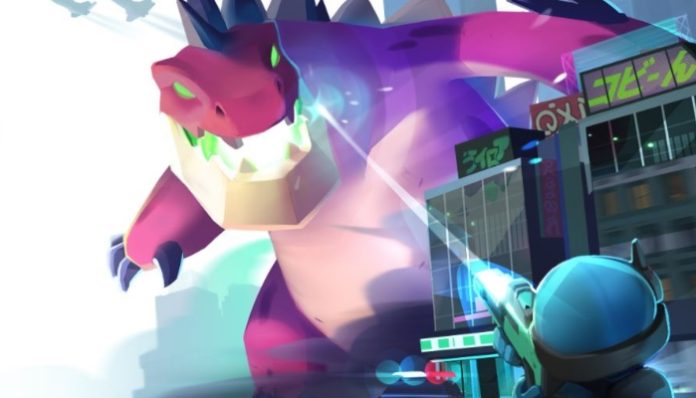 The war for Planet Earth rages on in the millennial battle of monsters vs humans! Which side will you join in Monster Blasters, an all-new multiplayer shooter where you either get to defend Earth from devastatingly powerful monsters, or destroy it as them! The choice is yours, and whatever you decide on we’ll help you conquer your enemies with our Monster Blasters cheats and tips!

Monster Blasters is fun and frantic multiplayer shooter that’s fun to drop into whenever you like. If you want to get the upper hand on your opponents, read on for our Monster Blasters cheats, tips and tricks strategy guide!

When you’re playing as either a monster or human, you’ll need to know your ranges. Bobbing in an out of danger is the key to maintaining your health, which is especially important if you’re a monster. Perform your attacks at maximum range whenever you can, so that if danger turns your way you have a quicker escape.

When playing as a human unit, be sure to stay mobile. Most units can move very slowly while firing their main weapon – utilize this technique to keep a good distance between you and your target. Of course, knowing when to stop firing and just run is also important!

Don’t get too distracted as a Monster!

Remember: when you’re a monster, your main goal is to destroy as much of the city as possible. While it’s important to swat the little flies that are the human units pelting you, be sure not to get too distracted from the city. Smart human players will often use fast units to try to bait you away from the city – don’t fall for it!

A good tactic that works well for us is to use your basic attack to level as much of the city as you can. When a bunch of human units start to swarm you, that’s when you unleash your secondary and ultimate abilities!

If used correctly these powerful abilities can wipe out a ton of human units, but you have to make it count! The Bruiser’s Plasma Breath and the Crawler’s Acid Spit are great example of huge area damage abilities.

Occasionally, when you hop into a match, you’ll get a little notification saying that there’s a golden beetle somewhere on the map. Follow the indicator to find it!

If you find it and destroy it, you’ll be handsomely rewarded after the match is over – and we’re not exaggerating! Golden beetle chests can contain up to 50 (!) cards for your human and monster weapons, so don’t sleep on these opportunities!

Use your highest rarity weapons!

For example, there’s just no point to using the Attack Heli’s Chaingun over the Energy Beam. The Energy Beam is purple rarity, has higher damage, a higher rate of fire, and it’s easier to hit with. It’s just better in all ways!

Look out for the special buildings!

When playing as a monster, be sure to keep an eye out for specially marked buildings. Certain buildings have symbols over them, and destroying them will help you out in some way. For example, the buildings with the green nuclear symbols over them will restore some of your monster’s health.

Back off for a breather!

When playing as a human unit, you don’t need to always be constantly damaging the monster. If you’re wounded or your secondary or ultimate abilities aren’t ready, don’t be afraid to back off! If you don’t take any more damage for a couple of seconds, you will start to rapidly regenerate lost health.

That’s all for Monster Blasters! If you’ve got any other blasting tips or tricks to share with your fellow monsters and humans, let us know in the comments below!