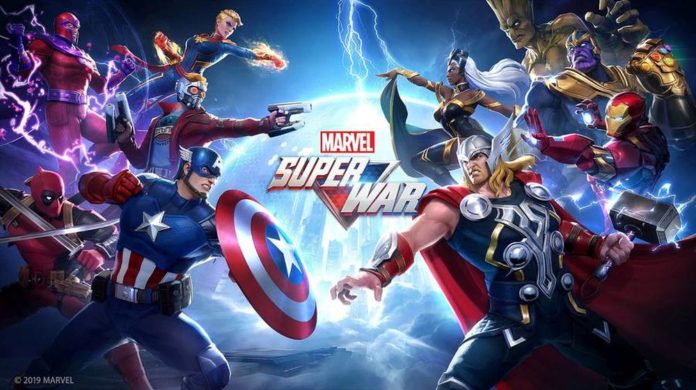 A lot of MARVEL Comics based video games have been released on iOS and Android in the past few years, but none of them tried to ride the MOBA wave, which is a bit surprising considering how well the characters and universe would work in such a game. NetEase must have thought the game, as the developer has confirmed that a MOBA called MARVEL Super War is in the works.

MARVEL Super War is currently undergoing closed beta testing in Asian territories, so it seems like work is well underway. The game will pit 5 players against 5 others in real time, and it offers a vast selection of MARVEL super heroes ranging from Iron Man, Thor, Hulk and Captain America to Storm, Groot, Scarlet Witch, Black Widow, Hawkeye, and others.

All characters in MARVEL Super War come with some unique abilities that differentiate them from one another in true MOBA fashion, so players will be able to find a character that suits their play style without question.

At the time, however, the game seems like will require quite a bit of work, as the experience is not as refined as that of the most popular MOBAs available on iOS and Android. As the game is still in closed beta, however, we should expect some major improvements once it release.

MARVEL Super War is now in development for iOS and Android.