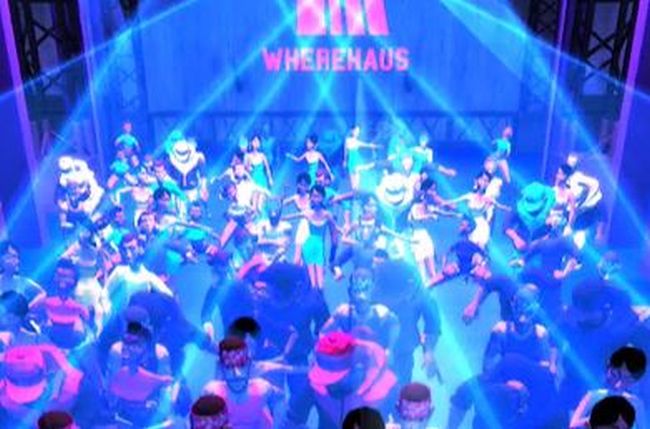 In today’s article we are going to dive into the Mixmaster tips and cheats and help you become the best DJ there ever existed – at least in this game!

Since Mixmaster (or Mixmstr as some might call it) is a game where you basically compose your own music by using bits of songs, you will have the opportunity to be quite creative out there – but depending on the songs you play, you will also have different difficulties! Because if you’ve played Guitar Hero, then you need to know that the mechanics are pretty similar (except you create your own tracks)!

So without further ado, here are all of the Mixmstr tips and tricks that we have gathered so far to help you pass more stages and become better at the game!

– Where the mixers are, you will notice small circles which will move over them – when they are aligned with the mixers, tap on the mixer!

– You will need to actually play records and mix them up!

– You need to fill up the happiness meter at the top (the smiley faces) to complete the stages successfully.

These are the three main things that you should keep track of. It’s pretty simple, but the difficulty may come from having to time everything right, so keep practicing.

Sometimes a dude will offer you free money – take it

This option will sometimes appear when you finish playing a stage – in the post game lobby, a random dude will appear and offer you some free money in exchange for spending a couple of seconds watching an advertisement.

I would suggest that early on (and later on as well) you take this offer, because it will double your money that you made during the stage and all it takes is just watching a short ad. I definitely think that it is worth doing, especially if you made a lot of money, since that guy will basically double it.

Re-play a stage to practice

If you are not yet sure how things work, I would suggest that you re-play a stage again and again to see all of the possible music mixes that you can make and also practice your timing hitting the mixers at the right time.

This is a very basic thing, but if you get it right and get used to how the game plays out (and what the delay is also) then you will have a much easier time when you actually play to make progress because you will know what to expect and when to change the discs.

This will work especially if you are not familiar with this type of games but you want to learn, because you will get all the practice you need!

At the very beginning until you better understand the game and acquire more records you won’t easily complete all of the stages with 3 stars, but if you re-visit the old stages after you’ve acquired more records, you will definitely complete them with 3 stars.

So try to do this because it will earn you easily more fame, so that will help you advance. Also, try a different mix of records, because it might have a different effect on the people.

This will help you better time your music with your ping and basically help by making the game much easier for you. At first you will be asked to do this before the game starts, but if you failed to do it properly then and you still have some delay, then rush to finish the tutorial and then head on to the Settings button -> Audio Calibration.

By fixing the delay on the music you will be able to match more notes and complete the stages much easier.

Remember all of that money that you make will be able to go into new records, because you will want to have a wide variety of songs to play in the clubs. You can purchase new songs from the Record Store, which is above Trainwreck Inn.

There you will have the first 3 records free, so all that you need to do is watch an advertisement to purchase these. Make sure that you claim these ads records ASAP because they will make it much easier for you to create good music.

After that you will have quite a few 200 money records, such as Roisto (rip-off Tiesto) and some really good 800 money records, which are also Rare, such as Birdee and Rony Rex. Save up some money and try to buy these because they will really make people happy.

The Record Store will refresh after a while, so if you want to buy some of the records listed there, make sure that you do it before they disappear! Also, try to prioritize Rare and higher quality records because they are much better than the Common ones.

My tip here: Early on in the game I like to collect the free records which ask you to watch an ad to unlock them, and then I like to purchase some good ones, especially if I notice any Rare ones. That is because you never know what the store will get after refreshing, so you should always be prepared with the good records. It’s not difficult to save up money by doubling your money made in the stages, and that’s going to make buying new records quite easy.

You might not know that once you have purchased a record, you will also be able to upgrade it! Well, that will make the music much better and raise the quality of it. You can upgrade records by purchasing the same record from the Record Store over and over again, so if you have some favorites, try upgrading them too!

In order to upgrade a record all you have to do is head on to the Home and there you will see your Record Collection. Tap on it and tap on the records which you have collected, which are able to be upgraded. You can see the amount of records you need for each one of them underneath the record icon.

You might notice that in the clubs there are different kinds of people – some are red, some are yellow and some are blue! Well, you should try to make them happy by playing music which matches their color!

You can notice that there will sometimes be a meter which will show you that people are happy (the meter is pointing upwards) and that means that you did a good job! If the meter is going down (arrow pointing down) then you should try to play that record color and make people happy.

I haven’t really noticed this at the very beginning, because it is just too obvious! But if you didn’t know it either, then it’s a tip which will be pretty useful when you don’t know what music to start with – just take a look at the people on the dance floor, and mix the records which match their colors!

Complete all the stages

As you will play the game, you will be only able to play a level up to 3 stars at the beginning. After you have successfully completed that stage with 3 stars, a fourth one will unlock and you can play the stage again, but it will get slightly more difficult.

If you played that and completed it with full 4 stars, then the fifth one will unlock which is the final one. When you have finished a stage with 5 stars, you will have finished the stage for good! So that is the maximum that you can play a stage for. Of course, you can re-visit it and try again and again to gain more fame, but just make sure that you try finishing all the stages with 5 stars eventually.

New areas will be unlocked when you gather more fame. If you rushed through without much thought put into it to finish the levels with 3 stars at least, then you might have to re-play them because unlocking new areas will require increasingly more fame, so when playing a stage do your best to play it and finish it with 3 stars in the first try.

Another thing worth mentioning is that as you unlock new areas, you will also have a harder time pleasing people if you are still rocking the beginner records only, so try to slowly purchase new ones and upgrade them, because if you can’t seem to pass a stage even if you did everything the best you could, that might be the reason why!

These would be all of our Mixmaster tips and tricks that we have for you right now! Do you know some more useful game tips and strategies to become a better DJ? Feel free to share them with us by leaving them down in the comments section below!