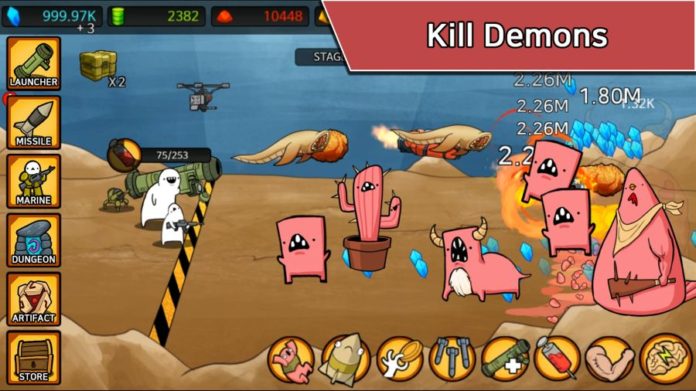 Despite its name, Missile Dude RPG is actually an endless clicker – but a good, fun one! And we’re here to help make it better by sharing a bunch of Missile Dude RPG cheats and tips in our complete strategy guide. So that you can beat all bosses and have more fun.

With zany graphics and easy to understand mechanics, Missile RPG for mobile is great to play in short bursts during your breaks from work (or visits to the toilet). It’s fun an easy – but with a bunch of extra tips and tricks, you’ll become even more productive. So let’s get tapping! 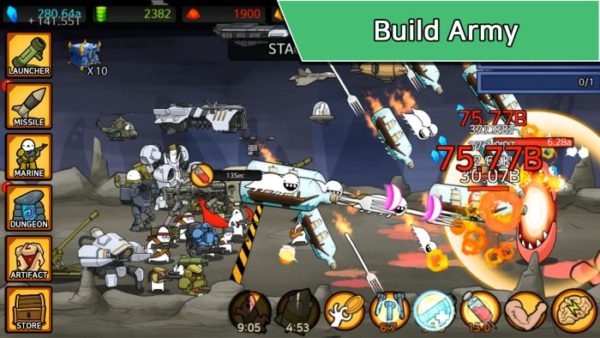 You should focus on upgrading the Launcher’s damage at first and know that for every milestone you reach, you get to choose an extra boost. This can be anything from dealing more damage in general or more damage to bosses to making more money, gas when you restart or have better troops.

I personally always choose either the boss damage or the launcher damage if I have any as an option, followed by Gas bonuses and mineral bonus. I consider everything else pretty much worthless in the short or long term.

Getting better missiles
The Launcher fires missiles and the good thing about them is that there’s a ton to choose from. The not-so-good thing is that you have to unlock them and receive them as various rewards, usually from the Dungeon.

So my recommendation, whenever you get the chance to unlock a new and rare Missile – go for it! Choose the rare pack as a Dungeon reward and your life in the game will be a lot, lot easier. 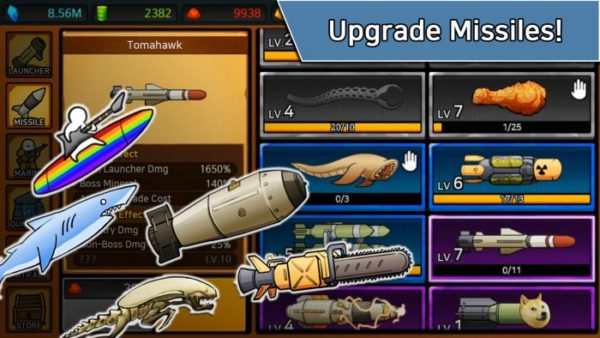 And remember that you can only equip 3 missiles at a time – so only your best ones should be equipped at all times, but all of them should be upgraded because each missile has a passive effect as well, usually increasing damage dealt by your launcher or units.

Take advantage of the Dungeons
I believe that it’s pretty clear by now that the Dungeon is a great place to visit because there is top loot waiting for you there. So make sure that whenever you are strong enough to complete a new dungeon, you go for it!

It usually is a bit more difficult when you just restart playing since you don’t have enough power… but always test the waters and as soon as you can defeat a boss there, do so because it’s those rewards that will make your life a lot easier each time you play.

And don’t forget to actually collect from the Hangar, Airport and other structures in there, as they will give you solid goodies. For example, the Hangar levels up your Launcher every 10 minutes. Make sure to get that upgrade only after spending all your Minerals on upgrades in order to get the best possible value out of this offer. 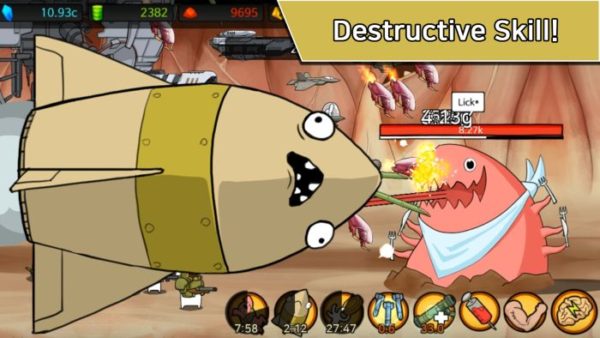 How to easily beat difficult bosses
As you progress through the game and unlock various goodies and skills, defeating tough bosses won’t be as problematic as it will be early on. However, the same rules apply:

If a boss manages to defeat you, restart a battle when you have as many skills available as possible and use them early on to cause massive damage. Having your tap counter close to activating the Stimpak is also a good idea since you get an even bigger boost to your damage dealt.

Using this simple tactic will help you defeat bosses that seem impossible to beat otherwise!

Getting artifacts and upgrading them
Once you reach stage 250, you can reset your progress and start over, but gain Gas based on your performance since the last restart. This is extremely useful in the long run because you can spend Gas to get new artifacts and level them up.

Now, these artifacts are randomly rewarded and some are better than the others. Therefore, my recommendation would be to get new ones until you unlock one that you really like – and then level that one up once or twice before going for new artifacts. Even though leveling up costs more than getting new artifacts, you at least know what effects you’re upgrading

This would be everything that we have for you right now in terms of tips and tricks for Missile Dude RPG. If you have additional advice for fellow players, don’t hesitate to let us know by sharing your comments below.