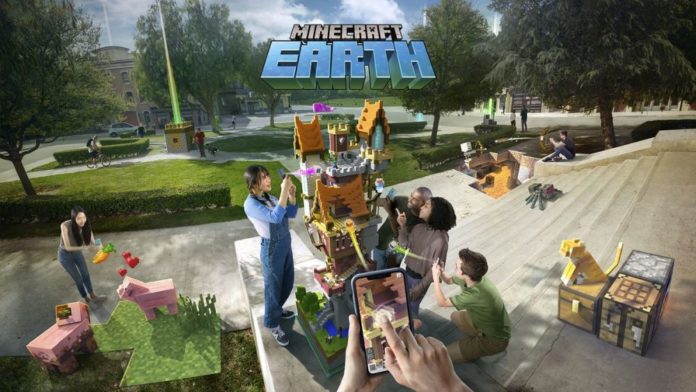 Minecraft Earth will provide Minecraft fans a new way to enjoy the sandbox game thanks to its augmented reality experience, but it will be some time before all players will be able to play the game. If you’re among those who really cannot wait to see what Minecraft Earth is all about, you will be happy to know that you have a chance to play the game’s closed beta.

Microsoft and Mojang recently announced that Minecraft Earth closed beta registration is now open. Players who are picked will receive a notification on the email address associated with the Microsoft or Xbox Live account used for registering.

A new trailer showing what to expect from the closed beta has also been shared. You can find it below.

As expected, the closed beta will be somewhat limited, as players will only be able to access a limited number of locations. Players will also be low in numbers, as the server load will be kept to the minimum to test out the basic functionality of the game.

Minecraft Earth launches on iOS and Android on a yet to be confirmed release date. The closed beta will be held on iOS first before launching on Android.