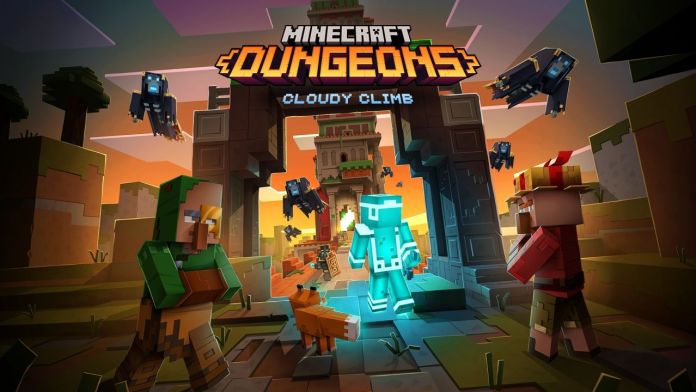 Despite it being a very different sort of game, Minecraft Dungeons managed to become extremely successful on all platforms, providing players a well-crafted dungeon crawling experience that mixes some staples of the genre with features and mechanics lifted from the main Mine craft game.

Even with the game’s massive popularity, the development team did not rest on its laurels, continuing to provide support to Minecraft Dungeons regularly, introducing new features and content. Of which the latest free update, Cloudy Climb, is full.

Here’s everything you need to know about the Cloudy Climb update.

The Cloudy Climb update represents a new beginning for Minecraft Dungeons. The base game’s story has been concluded by the free updates and paid expansions that have been released up to this point, and the new one introduces content and features that essentially turn Minecraft Dungeons into a live service game.

The biggest addition included in the Cloudy Climb update is The Tower, a new single-player mode where players control their hero and explore a variety of procedurally generated levels. The further you manage to go in the tower, the more temporary upgrades you will unlock and the more permanent rewards you will be able to unlock. Think of this mode as one that turns Minecraft Dungeons into a rogue-lite of sorts.

The Tower isn’t the only addition introduced by the Cloudy Climb update, as from now on, you will be able to enjoy some Seasonal Adventures that feature daily and weekly challenges that will reward you upon completion with Adventure Points, which, in turn, will increase your Adventure Rank. For each rank, you will get new cosmetics, including skins, emotes, and so on.

With the Cloudy Climb update, Minecraft Dungeons turns into a different type of game. How long support will continue remains to be seen, but it is undeniable that Mojang Studios is doing its very best to keep us engaged, so fire up Minecraft Dungeons, download the new update and lose yourself in The Tower and everything it offers!