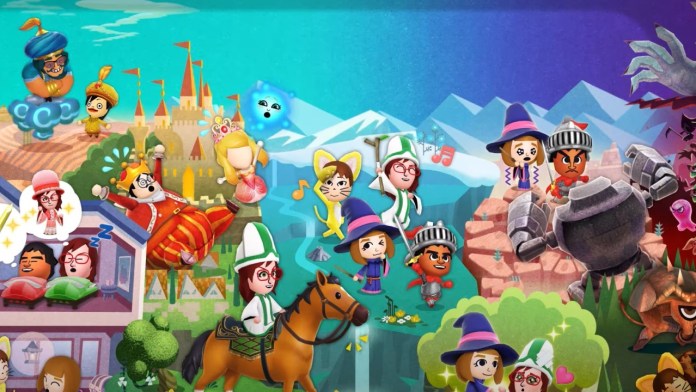 Despite being different from most other RPGs available on Nintendo Switch, Miitopia is still a role-playing game at heart, meaning that you do indeed get the chance to play with characters’ abilities and gear to create the most powerful Mii party. The game’s job system isn’t particularly deep, but the available professions are so different from one another that knowing what they are capable of is still extremely important in the grand scheme of things.

Here’s everything you need to know about the Princess job in Miitopia.

The Princess job is yet another support-focused job that can be a real asset in battle, especially in boss battles, as it learns a combination of offensive magic and status ailment-inducing skills. With a decent MP restoration skill to boot, the Princess is a very valuable job that can adapt to a variety of different situations and combat scenarios.

The Princess job is unlocked after completing Chapter 2 and reaching the Realm of the Fey.

As the Princess job isn’t good at dealing physical damage, thus heavily relying on skills to get things done, improving MP is extremely important. Speed is also a very good stat to invest into, as you want all these useful skills to be available to you as quickly as possible. Avoid investing in the other stats, as they are not as important for the Princess as they may be for other jobs.

The Princess is a very unique job in regards to personality, as most of them will work just fine. In case you want to improve your MP restoration abilities, you will definitely want to have an Energetic Princess. Otherwise, go with what you prefer.

The Princess learns a variety of status ailment related skills as well as a few offensive ones.

Regal Dance – Level 2 – Teach enemies a splendid dance. If they join in, they lose a turn.
Royal Wave – Level 3 – Slice an enemy in twain with a quick gust of air. (magic)
Escort – Level 6 – Be swept out of harm’s way by one’s friend. (auto)
High Tea – Level 10 – Restore you and your friend’s MP in a moment of peace and quiet. (magic)
Blindfold – Level 13 – Pretend not to notice enemy attacks that cause status effects. (auto)
Double Royal Wave – Level 17 – Slice an enemy with not one, but two gusts of air. (magic)
Eau de Cologne – Level 20 – Release a bewitching perfume that might make enemies absentminded.
Ultimate Royal Wave – Level 30 – Blast a superlative slipstream of air that cuts through all enemies. (magic)