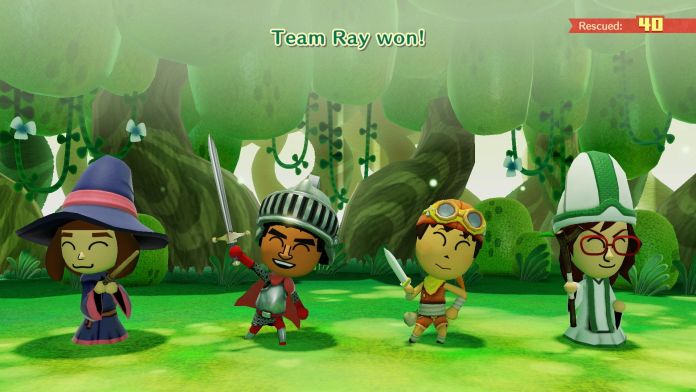 Miitopia may not be as deep as many other role-playing games currently available on Nintendo Switch, but this doesn’t mean that the game doesn’t give players the chance of customizing their characters with a variety of different abilities. Thanks to the game’s job system, it is possible to assign a profession to Mii characters and equip them with the right skills that will let them take on the many dangers they will have to face in their journey to save the world from the Dark Lord.

Here’s everything you need to know about the Imp job, one of the best jobs in the entire game.

The Imp is a magic-focused job that works incredibly well in both regular enemy encounters and in boss battles. This job learns not only tons of offensive magic skills but also some debuffing skills as well as others that let the Imp absorb HP and MP from enemies. This skillset makes it incredibly versatile, and a job that performs well starting from when you unlock it in Chapter 1 until the very end of the game.

As the Imp focuses on dealing magic damage and using debuffs, improving Magic and MP should be your primary focus. Increasing Speed is also recommended, as you want these useful magic spells available to you as quickly as possible. Since the Imp also has decent durability, improving Defense and HP should be low on your priority list for this job.

With the Imp being primarily a damage-oriented character, the Cool personality with the Pressure Point skill is a very solid choice. Energetic and Laid Back also work well, while all the other personalities are not particularly recommended.

The Imp learns a variety of different magic skills that make the job great at handling all sorts of enemies.

Naughty Pitchfork – Level 2 – Skewer an enemy with a fork formed of darkness. (magic)
Butt Jab – Level 3 – Gently prod a friend and get them to attack an enemy in your place.
Sweet Whispers – Level 6 – Tell an enemy a little white lie to distract it.
Brain Drain – Level 10 – Draw mental energy from an enemy and transform it into MP.
Energy Drain – Level 11 – Drain an enemy’s life energy and transform it into HP. (magic)
Charm – Level 15 – Tinker with a friend’s emotions and rouse them to action.
Punishing Pitchfork – Level 18 – Skewer an enemy plus the two next to it with forks of darkness. (magic)
Demonic Whisper – Level 23 – Try to drag enemies into the depths. If you’re lucky, they’ll simply vanish.
Wicked Pitchforks – Level 31 – Skewer all enemies with forks of darkness. (magic)