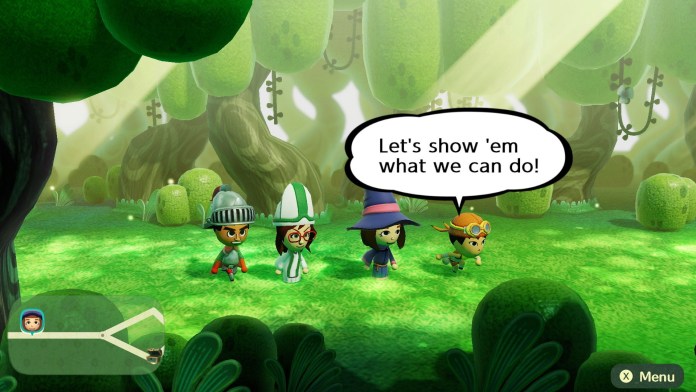 Miitopia, like many other role-playing games on the market, features mechanics that let players customize their characters with different abilities. Thanks to the job system, players can pick a profession for their Mii hero, letting them use a variety of different skills that can be more or less useful depending on the situation.

Here’s everything you need to know about the Chef job in Miitopia.

The Chef job is a weird job in Miitopia. It is capable in both offensive and supportive roles, but it does not excel at either, feeling more like a jack-of-all-trades that is somewhat useful in the early game, but gets progressively worse as you move the story forward, as you will want more specialized jobs down the line to defeat the more challenging enemies.

As the Chef is capable of both offense and support, you will want to focus on improving the job’s HP, Defense and MP as much as possible. The first two will make sure the Chef will be able to deal decent damage and to take more than a few hits, while a high MP stat is pretty much needed to fuel the character’s healing and supportive abilities.

Given the Chef is somewhat decent at dealing damage, the Cool personality is a very good choice due to the Pressure Point skill, which increases damage by 1.5. Energetic is also a good choice thanks to its MP restoration capabilities.

The Chef learns a variety of offensive and defensive skills, including some that let you obtain food in battles.

Home Cooking – Level 3 – Restore a friend’s HP with some freshly made cooking.
Flambé – Level 4 – Smack one enemy senseless with a red-hot frying pan.
Banana Fritter – Level 6 – Improves the flavor and effect of an HP Banana when eaten. (auto)
Spicy Dish – Level 8 – Feed spicy food to a friend, making them breathe fire on the enemy.
Feast – Level 12 – Restore the party’s HP with plenty of food. Takes time to prepare.
Pro Cooking – Level 15 – Restore a lot of HP to a friend with a specially made meal.
Spicy Dinner – Level 20 – Feed spicy food to the whole party, engulfing all enemies in a flame.
Maestro Cooking – Level 25 – Greatly restore friend’s HP using only the finest of ingredients.
Monster Dinner – Level 30 – Make a meal out of an enemy… literally! Doesn’t always work.