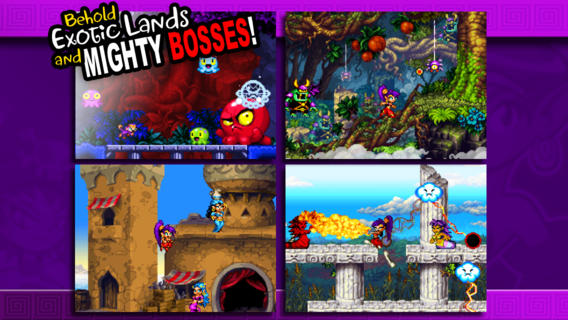 The Metroidvania game Shantae: Risky’s Revenge, developed by WayForward, is now available for free on the App Store.

The game is the second entry of the Shantae series and has been originally released on Nintendo DS before getting ported on iOS. The iOS port is an excellent port of a really good game so make sure to take advantage of this deal as soon as possible if you haven’t played this game already.

Shantae: Risky’s Revenge stars the half-genie Shantae, who has the power to transform into different creatures with unique abilities that are required to defeat enemies and solve puzzles. The game is also filled with several collectibles that will require exploring locations fully. If you have played any of the classic Metroid or Castlevania games, you already know how the game roughly plays, with a big world with connected locations that require a specific ability to access.

The excellent gameplay experience of Shantae: Risky’s Revenge isn’t the only good thing about the game. The game’s characters are incredibly charming, with Shantae, her nemesis Risky Boots and her friends often having something funny to say about what’s happening.