Home Guides Metroid Dread: How to Get the Metroid Suit 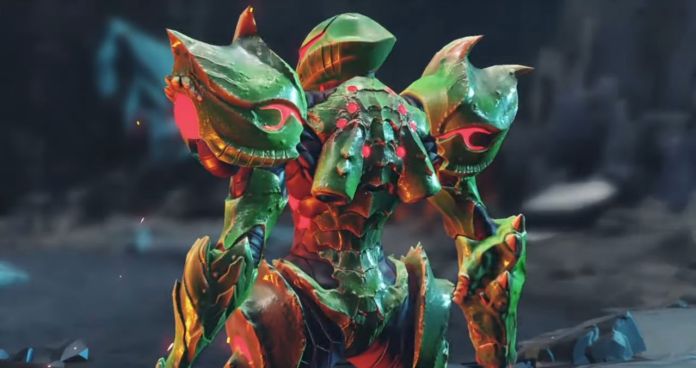 During her time on planet ZDR in Metroid Dread, Samus will get multiple suit upgrades that allow her to further explore the dangerous planet, and get back to her ship.

Before she can do so, however, she will have to defeat the powerful Raven Beak. It’s after this intense battle that Samus will awaken to her true nature, and unlock the ultimate suit upgrade, the Metroid Suit.

Here’s how to unlock this powerful suit and what it can do.

How to Unlock the Metroid Suit in Metroid Dread

The Metroid Suit is unlocked automatically at the end of the game, right after defeating Raven Beak in Itorash. Unfortunately, there is no way to unlock this suit earlier, so you can only use it for a very limited amount of time.

What Does the Metroid Suit Do?

With the Metroid Suit, Samus turns into a Metroid and, as such, can absorb pretty much anything she touches, letting her harness unlimited power. With this powerful ability at her disposal, Samus gets access to the Hyper Beam, which has to be used to destroy obstacles at the end of the game to escape from planet ZDR before the countdown reaches zero. As already mentioned, you can only use the Metroid Suit during this escape sequence, so make sure you enjoy this limited time where Samus is pretty much unstoppable.

Metroid Dread: How to Get the Metroid Suit