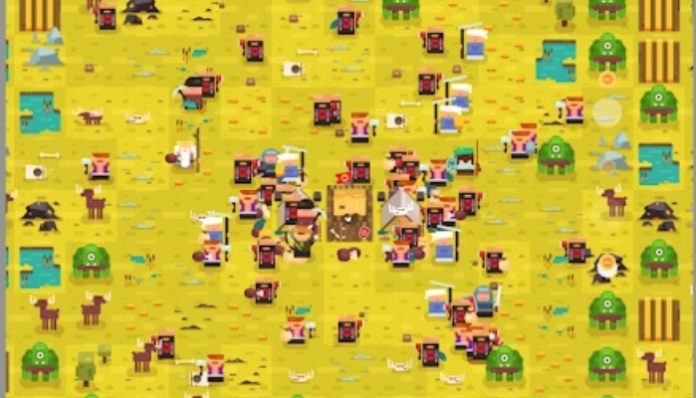 Go from a lowly little cottage in the woods to a booming castle civilization in Merge Empire, a new fantasy idle clicker game. Hire lumberjacks, stonemasons, fishermen, miners, knights, and more in this merging simulation game.

The more townspeople you have, the more gold you will make, so merge until you cannot merge anymore! Our Merge Empire cheats and tips will show you how to to create the ultimate kingdom!

Merge Empire is a lot like other merging games, and the same concepts can be applied here. We still have a few tips for you though, so let’s get started with our Merge Empire cheats, tips and tricks strategy guide!

When you buy a new unit, you will notice that the price goes up for every unit you currently own of that type. However, the price of the units will go back down to default once you use them to merge into the next unit tier.

If you want to be really efficient with your gold, it is best to merge only up to a certain amount in each tier – you do not want to buy in batches, as that will cost the most gold.

Instead, buy only a couple units of the current tier, then before you accumulate too many of them, merge them into the next tier to reduce the costs by a substantial amount. This will help you save gold in the long run! 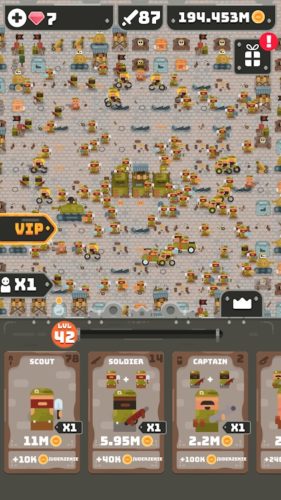 Take out the dragon!

Every so often, when you level up, you will have a chance to see a really chunky red dragon fly by your empire. Tap on it a bunch of times to defeat him, and you will usually earn a hefty gold reward for your trouble. Be sure to pay attention because if he flies off screen, you will miss out on the reward!

Sometimes, upon defeating the dragon, you will be rewarded with gems instead of gold. This is the true prize, and really the only reliable to way to earn more gems without paying real money. Keep an eye out for the dragon!

Boost your forces to attack other players!

Once you unlock the first military unit – the knights – you will be able to attack other players’ empires. Your army’s attack power is calculated at the top of the screen. The number next to the sword icon is your attack power, and it is directly equal to the amount of military units you have.

Each military unit has a sword icon in their info panel, and it shows much how attack power they have. The more military units you have, the more damage you will deal when you attack another player. Remember to merge a bunch of military units before you start attacking other players!

Attacking other players is a great way to rack up a ton of gold in a short period of time. If your attack is successful, you will earn a nice chunk of gold. This is a good option if you need a lot of gold fast. 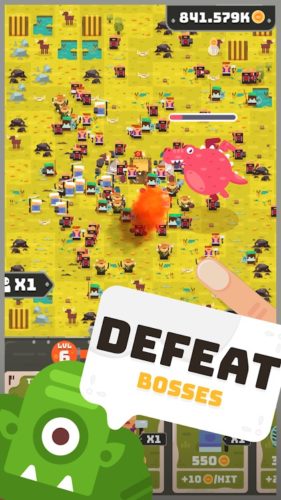 As you unlock new units, you will notice that some of them have orange backgrounds. These special units cost gems to purchase, and they will only hang around for a limited. However, for the time they are active, they will activate a gold multiplier.

For example, the Bishop is the first special unit you can buy. He costs 5 gems and gives you a Income x2 bonus for one minute, doubling all sources of income.

When used at the right time, these special units can really bring in the dough for you, so do not sleep on them!

That’s all for Merge Empire! If you have any other tips or tricks to share, let us know in the comments below!