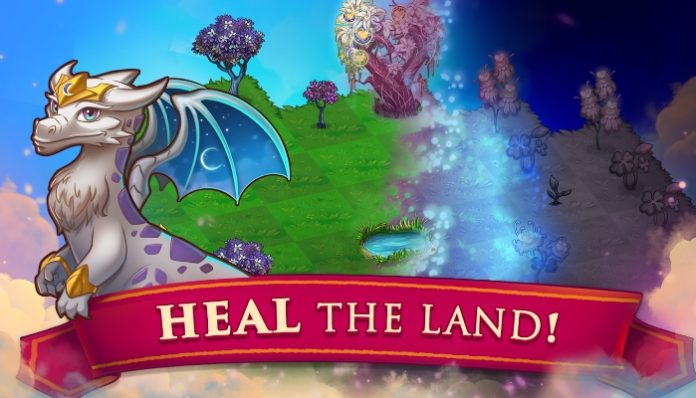 Once upon a time, mighty dragons lived in harmony in the world of Dragonia. One day, the evil Zomblins covered the vale in a dark shroud, and the land eventually withered away. Now, it’s up to you to restore Dragonia to its former glory in Merge Dragons, a mystical puzzle adventure game. Our Merge Dragons cheats and tips will show you how to breathe life into the land and build a good dragon camp!

Merge Dragons is a fun and easy game to get into, but there’s a lot to keep you in. The addictive merging gameplay, the ever expanding dragon camp – there’s lots to do here, so let’s get started with our Merge Dragons cheats, tips and tricks strategy guide!

Once you unlock the Camp, you’ll start off with a pretty limited inventory and shop selection. To expand your options, you’ll need to complete the Quest Stars, which are specific objectives tied to your current level. Completing all three quests will bump you up to the next rank, and you’ll get new set of quests in addition to unlocking new things.

It’s important that you don’t jump the gun on these quests. Follow them closely and don’t do things until you’re required to do them. Quest Stars aren’t retroactive, so you won’t get credit for doing things you’ve done until you’ve actually gotten the quest for it.

Pull off objects from dead land with merging!

This is a technique you’ll learn in one of the early Grassy stages, but it’s important so it bears repeating! Another method of healing dead land is to merge with the objects already on it.

You can’t move objects that are on dead land, but you CAN merge with them, so pile on nearby objects. If you do manage to merge using this method, the land will be healed in the process.

This is actually really important because later on you will encounter Super Dead Land, which cannot be healed through normal means. In order to heal Super Dead Land, you MUST heal through the merging process that uses the object on top of the land in question.

Use your Dragons quickly!

In the camp, you can use your dragons to harvest objects just like you would normally. However, unlike the regular levels, the dragons in your camp actually have stamina and spend it whenever they harvest something. Early on your baby dragons won’t have that much energy, so they’ll tire after a couple of harvests and must retire to their nests to rest.

With that said, if you’re planning to get something done on your camp, be sure that you do it quickly! If left alone for too long, dragons will start to harvest things on their own. Brambles, life flowers, whatever – if it’s there, they’ll get to it eventually. They will expend all of their stamina doing this, so make sure you command them right away.

By the time you get to your camp, you will probably already be near your starting gold cap, which is 100 gold. Be sure to spend some of it right away, as you’ll be able to earn that back very quickly by finding coins in the levels. Once you hit level 7, you’ll be able to build the structures that increase your maximum gold cap.

Don’t forget about the timed treasure chests either! During the reward selection at the end of a level, you’ll automatically received a timed treasure chest. You can only hold up to three of these and you must wait several hours for them to open. They contain coins, plants, and even sometimes dragon eggs.

However, if you beat a level and you already have three chests, the extra chest will disappear. If you’re waiting for a chest to open, why not take a break from the game and come back when it’s done?

That’s all for Merge Dragons. If you have any other tips or tricks to share, let us know in the comments below!