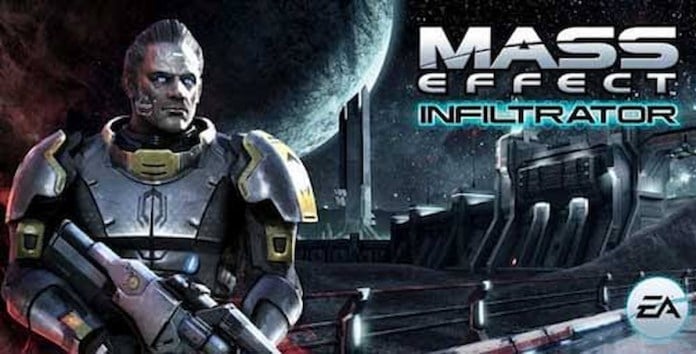 There aren’t many Mass Effect games on mobile, and even though it was released as far back as 2012, Mass Effect: Infiltrator is still available to download from the Google Play Store, but is only compatible with older Android versions.

A lot of newer Android versions do not support the game because for some reason Electronic Arts have decided not to update the game’s compatibility to support newer Android versions, which is understandable considering it’s a game that was released over 10 years ago. So if you want to try out the game, here is Mass Effect Infiltrator Apk v1.0.58 – Download.

We regularly remind players to always download games from official channels such as the Google Play Store for Android devices or App Store for iOS devices. However, if for some reason you are unable to download a particular game from the aforementioned app stores, we’re here to guide you on how to download Mass Effect Infiltrator Apk v1.0.58 from a trusted third-party store for Android.

After successfully installing the game, go to the download path where it is saved on your device, open it and enjoy Mass Effect Infiltrator Apk v1.0.58.

In this game, players get to enter a whole new dimension where they can move freely through massive exteriors and a fully realized Cerberus base that features groundbreaking graphics and intensified audio. Players can also enjoy a console-like experience that marked a leap in Android gaming.

The game controls are good as well and feature both manual and assisted aiming, allowing players to use intuitive tap controls for fast-paced fighting. Players can fluidly dive and roll for cover or even with a simple swipe. Prepare to harness the fury of high-tech armour and weapons and unleash your biotic and stealth abilities on enemies.