Home Game Guides Marvel’s Guardians of the Galaxy: How to Beat Thanos 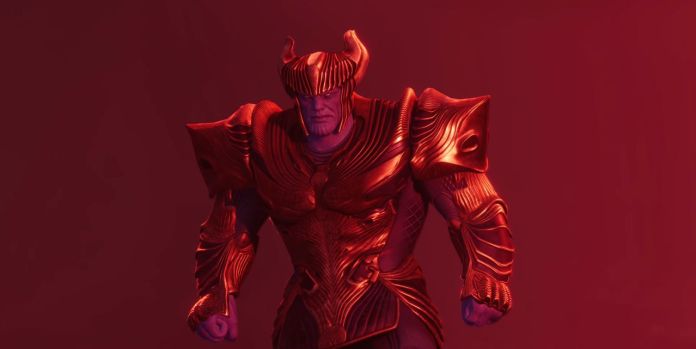 Our worst enemies are often those that hide inside our minds, feeding our fears and making us lose the way, and it is the same even for powerful heroes like the Guardians of the Galaxy, and Drax in particular.

During the course of your adventure, Drax will have to come to terms with his obsession, facing it head on alongside his fellow Guardians.

Here’s how to defeat this obsession, Thanos, without too many issues.

How to Beat Thanos in Marvel’s Guardians of the Galaxy

The battle against Thanos is definitely among the highlights of Marvel’s Guardians of the Galaxy, and it manages to be epic enough, despite it being one of the easiest battles in the game, and one that you simply cannot lose.

Drax has dedicated his entire life to defeating Thanos, but in the game, he will need to find new purpose, and no better way to find it than to fight his nemesis. Or rather, multiple clones of him, which will continue spawning after they are defeated.

As such, the only way to win this fight is to simply allow Thanos to defeat you. Have some fun fighting the clones, and once you have had enough, let Thanos take you and Drax down to win the fight and move to some considerably more challenging bosses.

Marvel’s Guardians of the Galaxy: How to Beat Thanos