Home Game Guides Marvel’s Guardians of the Galaxy: How to Beat Glah-Ree 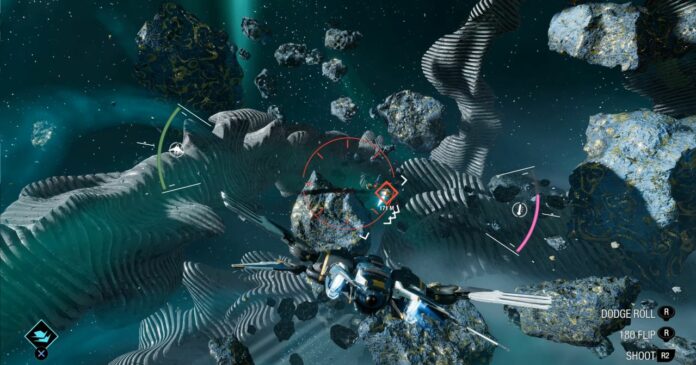 In Marvel’s Guardians of the Galaxy, you will be traveling all over the galaxy to stop a nefarious individual from having it his way, so you really shouldn’t be surprised to see one of the boss battles in the game being set in space.

While this may confuse some players that have become accustomed to the game’s combat system, the space battle against Glah-Ree and his Legion is a very welcome diversion that is also incredibly fun to play.

Here’s how to win this battle without too many troubles.

As already mentioned, you will be fighting Glah-Ree in space using your ship, so the most important thing to do as the fight begins is to get accustomed to the new controls.

Other than controlling the ship with the left stick, you can boost your speed by pressing the B button, perform a dodge roll and 180 degrees flip with your right stick and shoot using the ZR button. Mastering dodge roll is extremely important to avoid getting damaged both in the fight against the Legion and against Glah-Ree himself.

During the first phase of this battle, you will be dealing with the Legion. Get close to ships as much as you can, wait for the interface to aim and shoot to take them down. Asteroids can be used as cover if you are having trouble dodging their shots.

Once enough ships have been taken down, you will be able to go after Glah-Ree. His attacks are not too difficult to avoid, as the game gives you plenty of time to dodge roll out of a laser’s way. Like for the Legion, you can also use asteroids for cover.

Once you get close enough to Glah-Ree, you can start attacking his ship’s weak points. After one is destroyed, he will move to another location while leaving explosive mines behind, so make sure to do that 180 degrees flip to avoid the mines and resume the fight quickly. After a short while, Glah-Ree will go down, proving to him that there is no higher being than the Guardians of the Galaxy!

Marvel’s Guardians of the Galaxy: How to Beat Glah-Ree