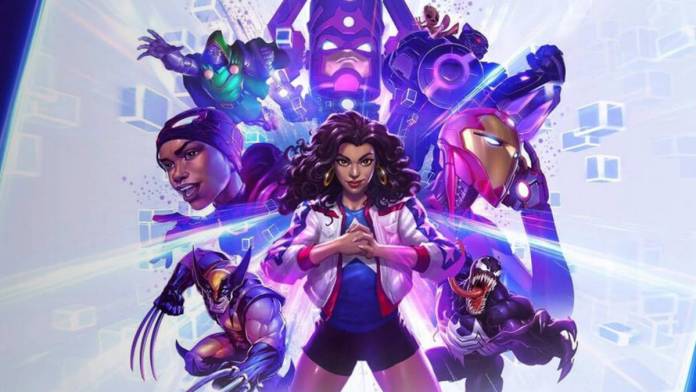 This article will show four decks that are completely made utilizing the first cards that everyone gets as well as cards from the first pool of Mystery Card rewards. All of the cards used to build these decks come from the initial pool of Mystery Card rewards (Collection Levels 18–214). These decks are by no means perfect, but they should be sufficient to get you started in the competitive scene, and give you an idea of the many different avenues you might pursue when developing your own strategies.

Because of its excellent balance of straightforwardness and adaptability, the deck has been able to maintain its usefulness over the vast majority of the game’s existence. It relies on flooding the board with low-cost units and playing cards that either benefit it or help it grow while doing so.

Blue Marvel, Captain America, and Ka–Zar. These heroes make our inexpensive deck much better and reward us for playing as many as we can of them. Last but not least, given that all of our buffs are Ongoing cards, the Onslaught ability doubles the impact of those buffs, allowing our low-cost troops to become even more powerful.

Figuring out how to utilize our energies with this deck is going to be the most crucial aspect of using this deck when we are playing a game. In a perfect world, our ideal curve would consist of playing cards with one cost on turns one and three, while Angela, Ka–zar, Blue Marvel, and Onslaught would be played on the other turns. This curve would occupy two slots while simultaneously increasing the power of all of our one-cost cards by four points and giving all of our other cards an additional two points to their total.

When we don’t have one of them, it frees up some space for us to play other cards with a cost of one, like Captain America, while also ensuring that we don’t squander any energy in the process.

This deck, which has a small amount of combo synergy, is arguably the most demanding of the ones we have compiled, but it also has the potential to be powerful and fascinating enough to be played all the way up to Pool 2. After that, you will discover cards that may be used to enhance it, such as Agent 13 to upgrade from Mantis.

Finding a means to amass a large number of points late in the game, mostly via the use of the Ongoing synergy, is the ultimate objective for this deck. If there is already an Iron Man or Devil Dinosaur in the area that Onslaught is played on, our chances of winning the location should improve significantly. The combo of Iron Man and the Devil Dinosaur should also offer somewhere around 22 points, if not more, which is often sufficient to win a location, even without taking into account the low-cost cards that we may have included in the deck.

It is recommended that the second site be fought using a combination of utility cards and the other stronger cards that we did not use in the first place. Jessica Jones and White Queen are normally helpful contributors to a location, and the Jessica Jones condition is quite simple to fulfill with this deck. White Queen is also incredibly straightforward to fulfill. Playing Jessica Jones or White Queen on turn four, with the help of our early game cards, may often lock up a location, allowing you total freedom on turns five and six!

The remaining cards are almost all support, which enables us to spend our energies without reducing the number of cards in our hand. After being played, the Mantis, Cable, Sentinel, or White Queen should each give a card. This will ensure that our Devil Dinosaur remains powerful while we have the opportunity to grow more into the board. It also provides us with more alternatives while simultaneously allowing us to access cards from a variety of different sets.

Because we have a number of Ongoing cards, which may be particularly vulnerable to Enchantress, we thought including Cosmo in the deck was a lovely touch, despite the fact that he is not strictly required for its functioning. In most cases, you should play Cosmo in a place where you want to have Iron Man or Devil Dinosaur later on so that you can be certain that they won’t be refused.

The Ongoing synergy is often the most popular choice among fans when beginning Marvel Snap. A continuous impact is provided by the cards, which not only enables us to battle for immediate control of a place but also to construct for the time to come.

It is difficult to play a powerful Ongoing deck when you are only allowed to use cards from Pool 1, but the strategy still has a lot of appeal since Spectrum and Iron Man both represent a lot of points on their own.

When it comes to play patterns, this deck isn’t looking to overcomplicate things. Instead, it plans to depend on the unexpected impact that the likes of Klaw, Iron Man, or Spectrum may bring late in the game. We want to build Ongoing cards as soon as possible, but we only need to do so on one or two locations since Namor can compete alone on the third one. It is possible that we will play the majority of our cards into the same spot if we draw into Ant–Man and Captain America at the same time. In the event that we get Lizard or Mister Fantastic, such cards encourage us to distribute our points more evenly throughout the board, which in turn encourages our opponent to do the same.

In the fifth round, if you have Spectrum in your hand, you have more options and should try to play as many Ongoing cards as you can to increase the number of people who will benefit from the approaching boost. Aside from that, Iron Man and Klaw are also good options for turn five, with the former seeking to dominate a location and the latter helping to better distribute points throughout the board.

You may also include Onslaught in the mix for additional synergy if you want to go all in, but doing so will result in a deck that is somewhat less stable. The Nightcrawler would be the obvious choice for this.

It’s common knowledge that a rookie card game player prefers to begin with an aggressive deck, and it’s possible that this one is just what you’ve been searching for all along.

This deck is built around the concept of attempting to get rid of Apocalypse as many times as possible. Its primary objective is to swarm the board as quickly as possible in order to empty its hand, leaving only extremely specific cards to get rid of. As a result of this, the early game would often focus around Angela and the one-drop cards, as a means of establishing a strong presence on a location, with the goal of compelling the opponent to likewise invest in the location, or to give up on it sooner rather than later.

After this early phase, during which Angela acted as an anchor to a place, we should get started on the discard portion of our deck as soon as possible. If we are currently holding Apocalypse in our hand, playing Lady Sif is a risk-free move since she will discard it.

There is still some work to be done on Sword Master and Blade in order to explicitly exclude Apocalypse, although Wolverine is available as a backup option. Be warned that activating Wolverine’s ability to summon itself to Angela’s position by discarding it does not cause her ability to activate.

Apocalypse, which should be the largest card on the table if discarded a couple of times throughout the game, is one of our options for the second location required to win the game. If we choose this option, we will win the game. Or a combination of well-stated cards, topped off with America Chavez, in the event that we were unable to locate Apocalypse in the allotted amount of time.

The America Chavez card is known as the “flexible card” because of its versatility. We choose to play it because we are certain that we will never draw it before turn 6, which will effectively reduce the size of our deck to 11 cards and provide some more consistency to our discard synergy. In addition to this, it offers a further 6 drop in the event that we are unable to locate Apocalypse in time. Iron Man is worth a lot of points to secure a site, but he does not reduce our available cards in the same manner as America Chavez does. This makes him a potential suitable alternative for America Chavez.