Marvel’s card battling strategy game is finally here and we’re here as well to share with you some Marvel Battle Lines cheats and tips in a complete guide that will help you keep on winning and build the perfect deck in the game.

I personally love Marvel Battle Lines and consider it a a really solid, balanced strategy game that’s perfect for fans of the Marvel universe. The line attacks add extra value to the game, which overall has a lot to offer without forcing you into spending real life money on IAPs.

But we’re not here to praise the game, we’re here to talk strategy! So let’s just do that by checking out some Marvel Battle Lines tips and tricks below! 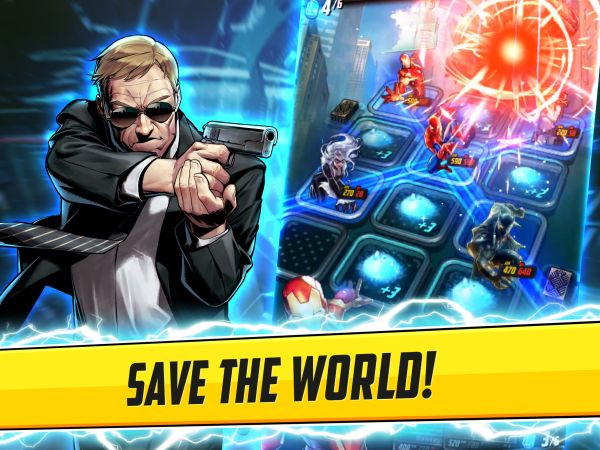 Focus on the Campaign
Going as far as possible in the Campaign is what you should do before you begin your adventure in Marvel Battle Lines because you will receive a ton of extra cards this way and you’ll have more options for upgrading your deck or simply choosing from a wider variety of cards.

If there is a particular card that you want to focus on collecting, you can replay completed campaign stages that reward it and increase your chances in getting it. There are also instant complete tokens that you can apparently use in the game, but still haven’t found a way to do so in the campaign.

Then move to the Arena
After getting as far as you can in the Campaign, your next focus should be the Arena. The battles there get more difficult as you climb up the ranks, but you’re still playing for amazing rewards, so that should be your main point of interest when you have a decent deck and a solid strategy.

Upgrade your cards
As you collect more cards, you will start getting doubles. When you have enough of those, you can start upgrading your cards in order to improve their stats. You should do this as soon as possible in order to increase your chances at winning.

But don’t rush to upgrade all cards when you have the chance to do so. You won’t be using them all anyway, and the first cards that you will be allowed to upgrade (unless you make purchases) will be regular cards – and you won’t be using a ton of those in battle.

So only start upgrading cards once you reach level 15 – by then, you should have a solid understanding of the game and what cards you’ll use mostly in battle. And simply ignore the ones you don’t use: if things change in the future and you decide that upgrading them is a must, you can do so then!

Take part in all events
There are always all sorts of events going in Marvel Battle Lines. Make sure to check them out and always take part in these events, as they usually come with great rewards as well.

How to build a solid deck
With over 100 characters available in the game, and a deck limited to just 12, there are clearly a lot of options that you have when it comes building that perfect deck.

Although I can’t really give you a list of characters to use (since you might not have them all due to the random nature of getting and upgrading them), I can still share some pointers and guidelines on how to build that solid deck that will increase your chances of winning all your fights.

For starters, you should always have a decent number of generic cards – those that don’t cost energy to be played, since you will be needing them early on to collect shards on the board. I believe that 4-5 of these is more than enough in most cases – and you should always go for generic cards that also have some sort of boosts (like Maria Hill who boosts the attack stats of nearby allies).

Then, you should have 1-2 action cards (but not more, since you don’t want them filling up your hand). I recommend going for the destructive cards instead of support / healing ones since it’s usually a huge advantage in battle to be able to cast an action card, remove an opponent’s card from the battle field and then play your own card!

Finally, there are the cards that cost energy to be played. These are usually stronger and this is where you will make or break your deck since their special attributes are extremely varied and powerful and can change the course of a battle if played at the right time, at the right place. 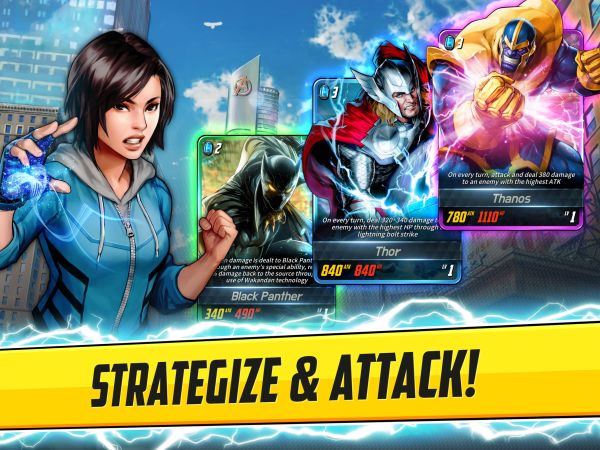 How to win all battles easily
I don’t think that you’ll really have any easy battle against other players, but keeping the tips and tricks below in mind will definitely help:

Swap cards at no extra cost – this is one extremely important trick that many people are not aware of. You can tap any of the cards in your hand and swap them for another random card. You can do this with all the cards in your deck – so if you’re looking for an alternative or hoping to get that one card that you really need, don’t hesitate to do this.

One downside of this is that the opponent can see the cards you have swapped and maybe adjust their strategy a little bit. But overall, I think that the Pros really outweigh the Cons.

Since lines are needed for you to attack the opponent’s leader, you should take it slow and strategize card placement in such a way that you give yourself – eventually – more option at creating a line. This usually is easiest done with horizontal and diagonal lines (as they only need 3 cards).

Place your own characters like you would in the classic tic tac toe game in order to give you more options: one card to the right lane, one card to the left lane and finally one card to the middle, but one tile below. This will give you multiple options – usually just two since your opponent is trying to counter as well, but more than enough to deal massive damage!

Remember that you can only do one action per turn in most cases. This means that you can either move one character on the board or play a card. However, an exception to the rule are the Action cards which still let you perform an action after playing then – therefore making them extremely useful. Take advantage of this and surprise your opponent with an extra move!

Finally, the main thing you should focus on is not allowing your opponent to gain the numbers on the board. The one who has more heroes will easily win each battle, so make sure to strategize in such a way that you take out his cards without removing your own.

These are our Marvel Battle Lines tips and tricks right now! More will follow soon – but until then, if you have additional tips to share with fellow players, let us all know by commenting below. 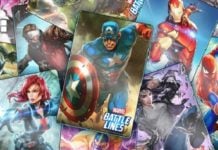