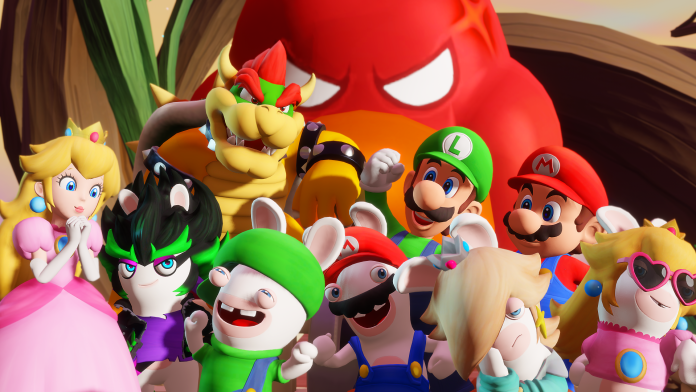 Mario + Rabbids Sparks of Hope is an exciting turn-based strategy game available exclusively for Nintendo Switch. You have to explore different locations and fight against many opponents in the game. And to defeat them, players must assemble a team of 3 characters with unique abilities. Therefore, in this guide, we will tell you how to beat Midnite in Mario + Rabbids Sparks of Hope.

How to Beat Midnite

While playing Mario + Rabbids Sparks of Hope, you will encounter several bosses. Some of them will be very easy, while others will be difficult. And Midnight belongs to the second group. We would even say that she is the most difficult boss in the game since she constantly teleports and deals a lot of damage. Moreover, you will have to fight off waves of other mobs. But let’s talk about everything in order.

By completing the storylines and quests in the game, you will sooner or later reach the Winter Palace. There you will find many battles, including the last one with Midnight. And you can get a new character, Rabbid Rosalina, after defeating the boss. Moreover, during the boss battle, you can use 4 characters. The three you choose and the fourth will be Rabbid Rosalina. We recommend using these heroes:

It is also worth noting that the most difficult thing in the battle with Midnight will be the battle with the waves of mobs. Firstly, you must defeat all mobs and only then attack Midnight. Rabbid Rosalina can stun enemies, which will help you quickly finish them off. In total, Midnight has 3 phases. In the first two, you need to fight off the mobs as fast as possible and deal damage to Midnight. In the last phase, just attack the boss until you win.

That’s all you need to know about how to beat Midnight in Mario + Rabbids Sparks of Hope. Follow our tips, and you will be able to deal with this boss easily. And while you are here, take a look at our guide on how to Heal Outside of Battle.

Mario + Rabbids Sparks of Hope: How to Beat Midnite