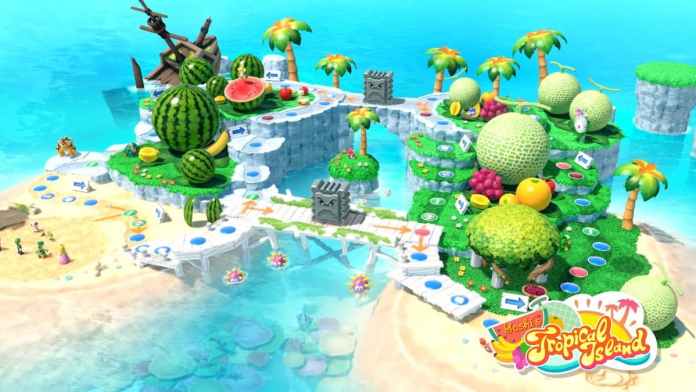 Here’s everything you need to know about the Yoshi’s Tropical Island board.

The Yoshi’s Tropical Island board made its debut in the series in the first Mario Party, and its Mario Party Superstars iteration is not so different from its original version.

Being a 1-Star Difficulty board, it is among the simplest boards in the game, but its unique quirks can confuse players. It features a two-island design that forces players to move between them depending on the Star location, which is swapped every time a player lands on an Event Space. While this adds a little degree of unpredictability, it still allows you to plan ahead, in case one player has the chance of getting on an Event Space.

As the Star location moves around, you will eventually have to pay coins to Thwomp to move between the two islands. The fee depends on how many coins the last player to use them has paid, so it is possible to mess up other players’ strategies by paying a huge amount of coins. Using Warp Blocks and Triple Dice to move between islands is also a solid strategy that does not require paying coins to Thwomp.

No matter what you do on the board, you should always be on the lookout for Bowser. If he passes any player’s space, he will force them to buy an item for a fee that can be as high as 20 coins. Often, you will be receiving useless items, so avoid him at all costs. Boo, on the other hand, will provide some useful services, as it can either steal coins from another player or sell you a Star for 50 coins. If used right, these services can be a huge game-changer so make sure you do use them as often as you can.