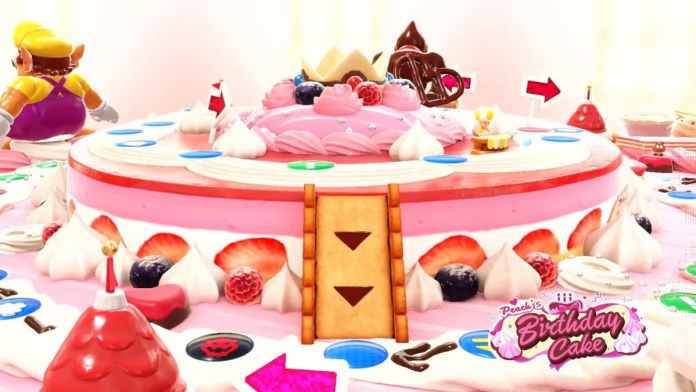 Mario Party Superstars is a true celebration of the series, as it features different boards taken from previous entries in the series, complete with all the mechanics and gimmicks that made them so unique in the games they originate from.

While most of these boards are not too complicated to understand, knowing everything there is to know about them will exponentially increase your chances of victory.

Here’s all you need to know about the Peach’s Birthday Cake board.

The Peach’s Birthday Cake board originally appeared in the very first Mario Party game. Back then, the board’s difficulty was rated two out of three stars, and this is pretty much the same in Mario Party Superstars, as its difficulty is rated three out of five stars.

The Peach’s Birthday Cake board is not as difficult as others in the game, despite its double cake design, due to the fact that the Star always appears in the same spot, allowing players to devise strategies even before the game begins. This also makes Triple Dice extremely useful.

This board’s gimmicks are also relatively straightforward. Landing on an Event Space on the outer circle will let you plant a Strawberry that will get in your opponents’ way. Small Strawberries, which cost 5 coins to plant, will steal coins on opponents that land on spaces that come after it. Large Strawberries, which cost 30 coins to plant, will steal a Star from opponents that land on the same space. On the other hand, if you land on spaces with strawberries you have planted, you will get some coins and the chance to upgrade Small Strawberries into Big Strawberries.

The Peach’s Birthday Cake board also features Bowser, who will take 20 coins from any player that passes him. Going through him, however, will lead you into the shortest path to the Star, and also grant you the chance of landing on Lucky Spaces and the only Chance Time Space on this board, so the cost may be worth it. If you’re in last place, Bowser will even give you coins, so if you’re struggling, you may receive some unexpected help that can turn the tide of the entire game!