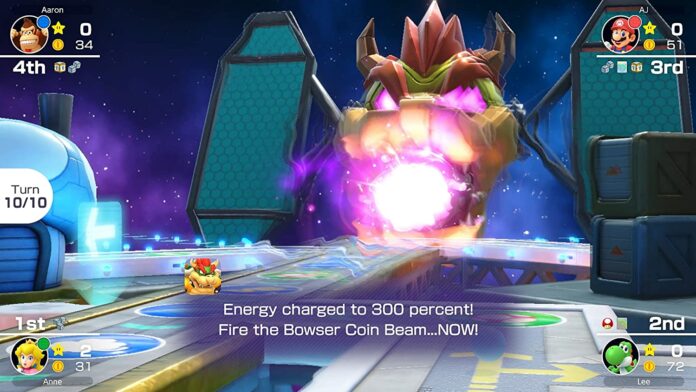 Mario Party Superstars features five different boards that can be played both in local offline multiplayer and online multiplayer modes. Here’s everything you need to know about them.

All Boards in Mario Party Superstars

Horror Land originally appeared in Mario Party 2. This map sets itself apart from the others with a day and night cycle that effectively changes the rules of the board every few rounds. King Boo also makes his appearance on the map, and he will provide help to players that are ready to pay the price.

Peach’s Birthday Cake is a board that made its appearance in the very first entry in the series, and it is one of the easiest boards in Mario Party Superstars thanks to its simple layout and the fact that the Star always remains in the same spot, making it easy to plan your route. One more feature that sets this map apart from the other are the unique Event Spaces that allow players to plant Piranha Plants.

Space Land originally appeared in Mario Party 2 before returning to Mario Party Superstars. Despite the board’s difficulty being rated only 2 out of 5 stars, it isn’t exactly a simple board, as Bowser will fire a beam every time the counter at the center reaches 0 that will make players lose all coins upon hit.

Woody Woods appeared for the first time in the series in Mario Party 3. This board can get a little unpredictable, as the Star can appear in several different spots, and Monty Mole and his friends can alter the direction of the paths. This unpredictability makes this board a rather challenging one.

Yoshi’s Tropical Island made its debut in the original Mario Party before coming back to the new entry in the series, and it is one of the easiest boards in the game, with a difficulty rating with only 1 out of 5 stars. As the board doesn’t have any truly defining feature, other than Event Spaces that swap Bowser with Toadette and the presence of Boos, it is one of the best boards for newcomers to learn the game.