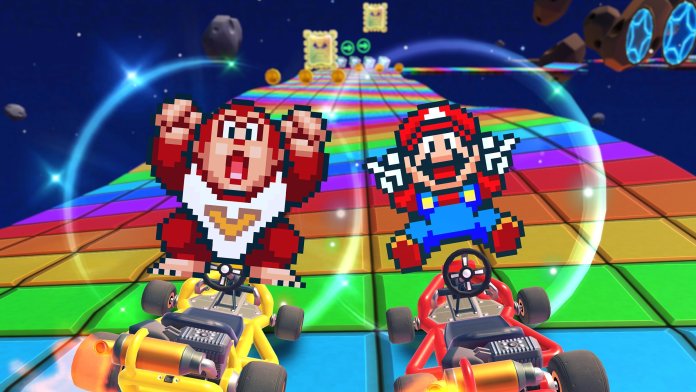 The Mario Kart Tour Summer Festival Tour is wrapping up, but there is no reason to be sad, as more new content is hitting the popular mobile game in just a few days.

Nintendo confirmed that the next tour, which will begin on September 8th, will bring content lifted straight from the classic Super Mario Kart in the form of Mario and Donkey Kong Jr. Yet another way to celebrate the Super Mario 35th Anniversary.

Mario Kart Tour released last year on iOS and Android and the game managed to become popular almost instantly, thanks to the power of the Mario Kart brand, despite some issues that plagued it at launch, such as bad controls and lack of some extremely important features, like online multiplayer.

Things, however, have been improved considerably in the past few months, making Mario Kart Tour the game that all fans of the series and of the iconic character should download, as it now features an extremely solid experience and tons of content that can be unlocked even without spending real money.

Mario Kart Tour is now available for free on iOS and Android globally.