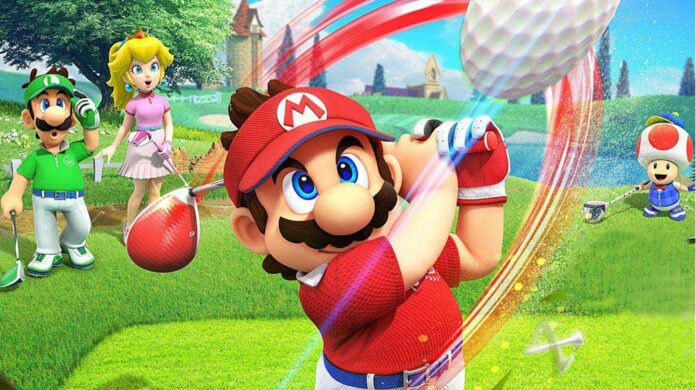 While Mario Golf: Super Rush lets players create and customize their own Mii character, it doesn’t force you to do so if you have no intention of playing Golf Adventure mode. A selection of 16 characters is available for all play modes, all coming with different stats and abilities that are suited for different play styles.

Here’s everything you need to know to play Peach in Mario Golf: Super Rush

Peach is an extremely solid character to play in Mario Golf: Super Rush, thanks to her great stats. The princess of the Mushroom Kingdom comes with a high Control stat that lets her perform powerful shots without losing accuracy. While her Power and Stamina aren’t that great, her amazing Control and decent Speed make her a reliable choice in most play modes, and a character that is quite easy to pick up and play.

Peach’s Special Shot is Spiral Stinger, a powerful ability that lets her blast away balls in its path. This peculiar capability can be used to mess up with your opponents, potentially making them lose an advantageous position.

Peach’s Special Dash is Ribbon Dash, a simple dash maneuver that knocks down any opponent it hits. As Peach doesn’t jump that high while she pirouettes around, it’s easy to aim at other players, making it an extremely reliable special dash, and one of the best in the game.

Peach can slightly alter her stats with the two Star Club Sets, that are unlocked at 1000 and 2000 Character Points respectively. The first one brings her Power stat to 239 yd, reduces Control but increases Spin. The second increases Power to 269 and further increases Spin, at the cost of Control.