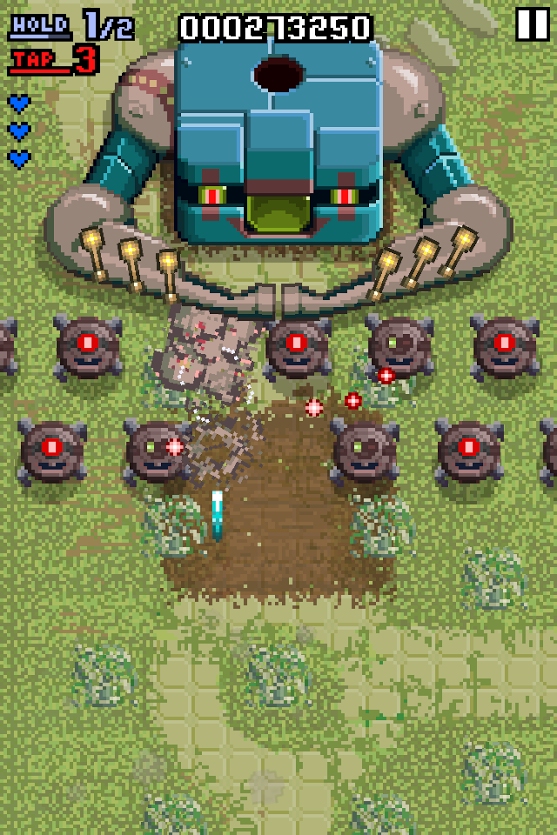 Arcade shooter games were all the rage several years ago thanks to the hectic and challenging gameplay experience that required quite a bit of skill to master. These games have been out of the spotlight for some time but they have been making a glorious comeback on mobile devices, thanks to the ports of some of the best games of the past and some new releases.

Magenta Arcade is definitely one of the best bullet-hell shooter games released in recent times, thanks to some unique twists on the formula that take advantage of touch screen devices. In the game, players will take control of a god as he tries to take down Ivo Magenta, who wished disaster as his last wish to this god.

This rather funny premise comes with some unique gameplay features not found in other bullet-hell shooter games. To shoot, players will have to hold the screen, an action that will also make the character visible to enemies. Stop holding the screen will make the character disappear, something that will prevent enemies from shooting him down. This system takes some time to get used to, especially for those used to classic bullet-hell games, but it works rather nicely once mastered.

Magenta Arcade features six different stages of varying difficulty level. Despite being so few, they will require some time to complete as things get rather difficult quite often. Adding variety to the experience are boss battles, different weapons and even side missions which will reward players with specific bonuses once completed. Unfortunately once all the stages have been completed and all side missions cleared, there isn’t much more to do in the game. The presence of leaderboards would have helped the game gain some replay value but as things are now there’s little reason to get back to Magenta Arcade once all stages have been completed.