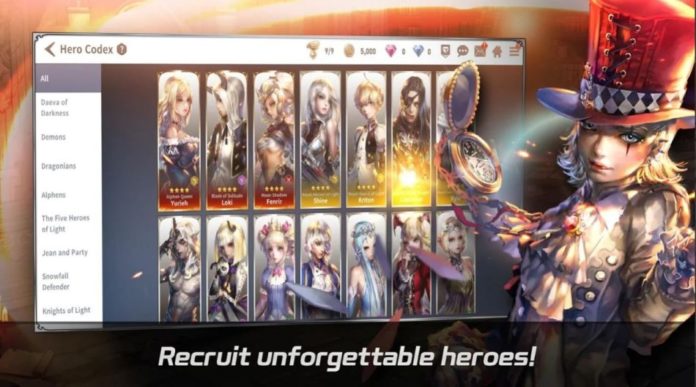 In our article today we are going to cover all the Lyn: The Lightbringer tips and cheats that we know, and share them with you! The game has a pretty unique approach to the genre, as well as some outstanding graphics.

And if that’s what won you over, then I feel you perfectly! The game has some beautiful characters and animations, and the game play experience is extremely enjoyable. I personally really enjoy a game with good graphics, and especially one that I’ve been looking forward to playing for a long time!

But enough with the praising of the game – let’s dive right into the Lyn: The Lightbringer tips and tricks because that’s what you came here for!

To fight or not to fight

Some of the early stages will take a while getting used to, especially if you are new to the game. I prefer to use the Auto Battle mode because it helps during the fights quite a lot. 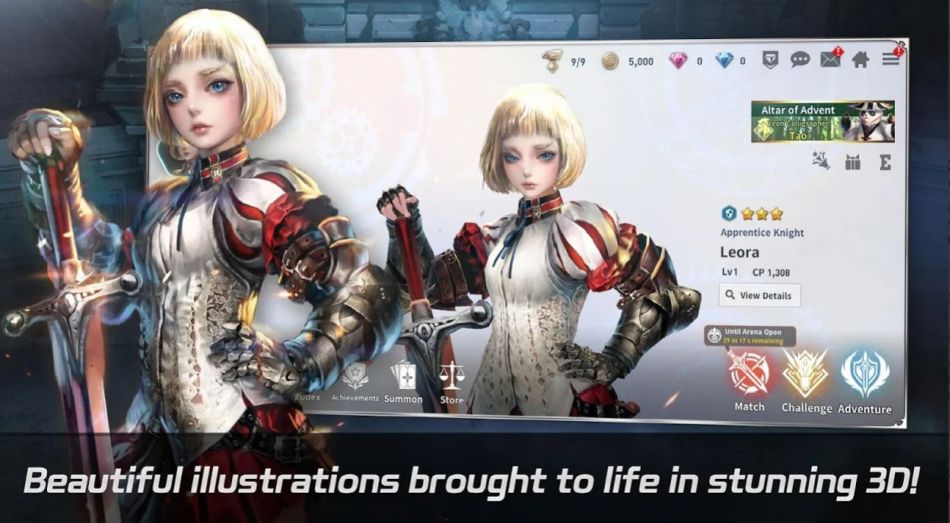 There are two types of Auto Battle: Semi Auto and Full Auto. In the Full Auto the heroes will do everything basically, so you will have absolutely nothing to worry about. This is great for when you are busy but still want to play (or rather, want the game running and making profit for you in the background).

Of course, you can manually fight, but this requires you to pay a lot of close attention to the skills timers. The good part of Full Auto is that the game uses the skills automatically, so you don’t really have to worry about that.

Rush through the early stages

The early battles will give you a couple of items, but you should definitely try to finish the stages (at least up to 1-5) as soon as possible, because that’s when you unlock the Summon.

Also, many of the heroes that you want can be acquired from simply playing the Adventure Mode. That is a big reason why you should rush through these stages, because you will get many rewards.

Some heroes can be only acquired by summoning them, and that’s what makes them extremely rare. To summon heroes you will need Red Diamonds and Blue Diamonds and I strongly suggest that you save those Diamonds and have 900. Why? Well, glad you asked! 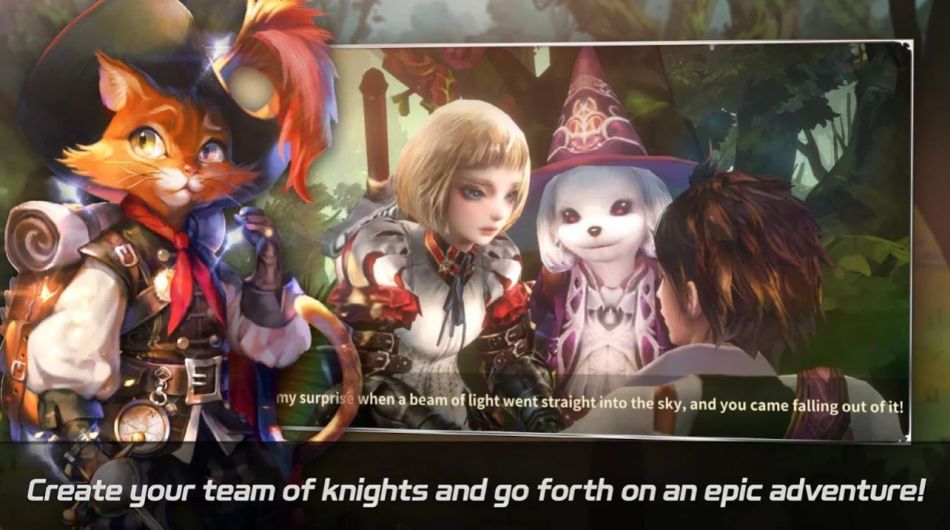 There are a few ways you can go about this game if you want to have a slightly better start, but I do believe that in time you can acquire all your favorite heroes. If you don’t really like the hero you get for free after clearing 1-5 you can always reset your account and go about it once again.

Of course, this requires more time and it is slightly more difficult to do over and over again, but if you are determined to do it, by all means do so!

When fighting bosses, be careful with the auto!

There are a few mighty bosses that you can face and I suggest that you don’t let the game auto during the boss fights. The main reason for this is that the bosses will deal some really powerful attacks which could – let’s be honest – hurt quite a lot.

You should tap and hold on the screen and swipe left or right to avoid those skills, according to the red carpets that you see on the ground which show where the attacks will land. It’s better to avoid the attacks than to try to survive afterwards, because you never know when a second attack might come and you could end up losing the fight.

Farm for what you need

In each stage of the Campaign mode you will see a list of possible rewards. If there is a hero that you want to obtain and grade up quickly, I suggest that you do and re-do that stage for as long as you want. It’s a great way to farm for what you need and at the same time gather EXP and Gold. 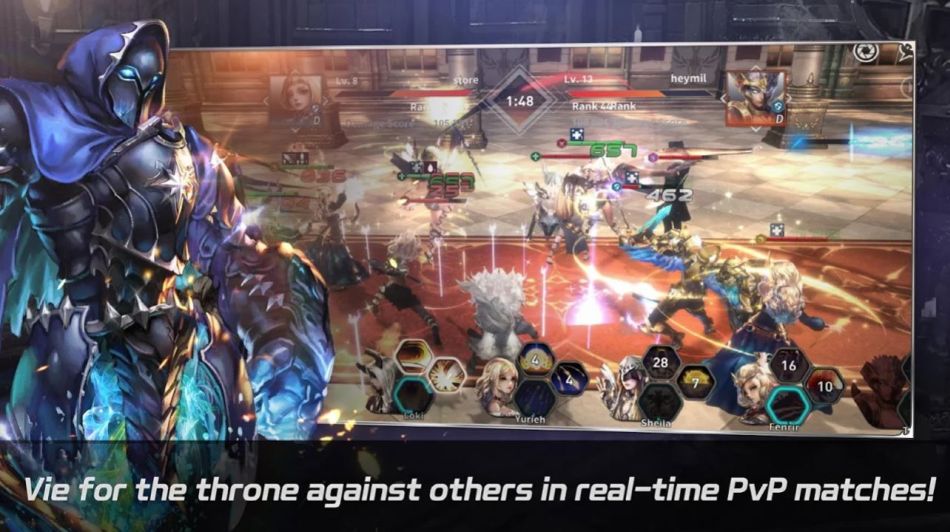 If you are having a tough time passive over a stage, I would suggest that you stop at the highest level that you can pass and farm there for EXP and items. Like that you will level up your characters and at the same time not stop from obtaining goodies.

Equip each hero with the gears that you pick up or craft because they will need it. Especially later on, the heroes will need every bit of gear to enhance the team’s CP in order to deal with the enemies. You should also make sure that you use the Skill Stones you obtain (the purple ones) to level up your best heroes’ skills and make them more powerful.

To improve the gear (Enhance it) you can use some low quality (trash gear) as material and make the good gear more powerful.

You should take a look in the Achievements section on the bottom side of the screen to see what all the requirements are, and of course, the rewards. You will want to collect 900 Red Diamonds at first so check for all the Achievements which reward you with that and try to do your best to complete them. 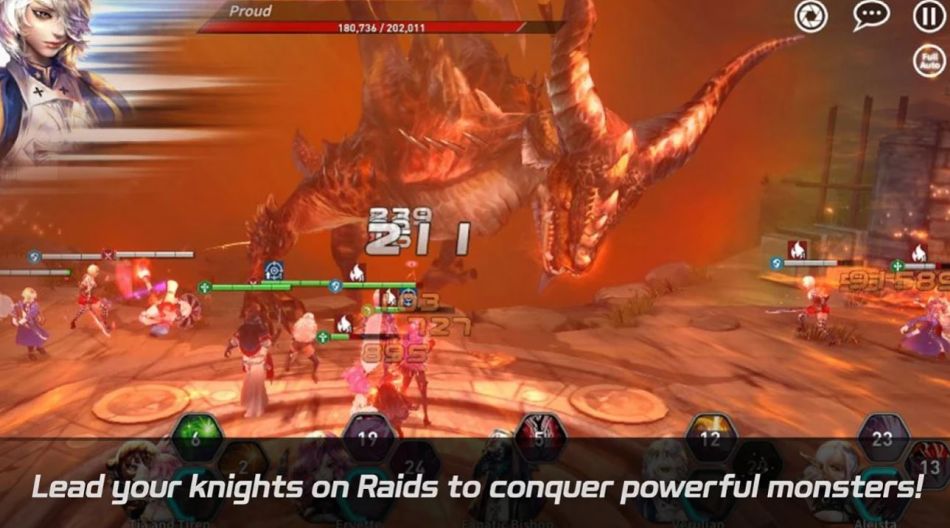 In the Team menu you will have the possibility to select the heroes you want in your team. There you will also see the formation and the 3 lines. The Rear Line is the back line which should be in charge of healing and buffing the rest of the team.

The Mid Line will be in charge of dealing damage to the enemy and also some healing. Here are placed the balanced heroes, as well as some healers. On the Front Line you will have the tanks and generally the tankier damage dealers. They will be the shield which protect the rest of the team members.

The formation is important so make sure you try out different compositions until you find one that can defeat everything and works very well for your team’s play style.

These will be all of our Lyn: The Lightbringer tips and tricks that we have for you right now! If you have more tips to share with us, make sure you leave them down in the comments below and share them with all the other players!

Lyn: The Lightbringer Cheats: Tips & Guide to Become the Best