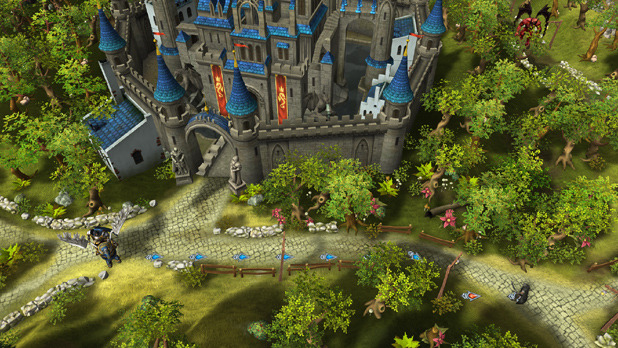 Despite the fact that most iOS gamers don’t spend too many consecutive hours playing a single game on their mobile devices, a lot of developers have been producing and releasing games that require quite a bit of effort before they can finally click with gamers.

The newly announced Lords Of Discord looks like will be one of these games that require a bit more attention from gamers. HeroCraft, the team working on the game, describes the game as a turn based strategy game set in a fictional fantasy world full of mysterious creatures.

In Lords Of Discord players will be able to choose between two different factions, humans and demons. Each faction will get its own exclusive campaign, extending the game’s length even further.

To enhance the game’s strategic features, HeroCraft has created a battle system which places great importance on your formation, since you won’t be able to move right at the beginning of the battle,and on the type of heroes you’ll bring in battle. Wise resource management and effective characters use will be the key to victory.

There is one problem with this game, though: it may not get released. HeroCraft has now launched a Kickstarter campaign to fully fund the game’s development. If you want to help the team in developing and releasing the game, you can check out the game’s official Kickstarter page by going here.

Provided that the game gets fully funded, HeroCraft hopes to release the game on the App Store in June 2014.