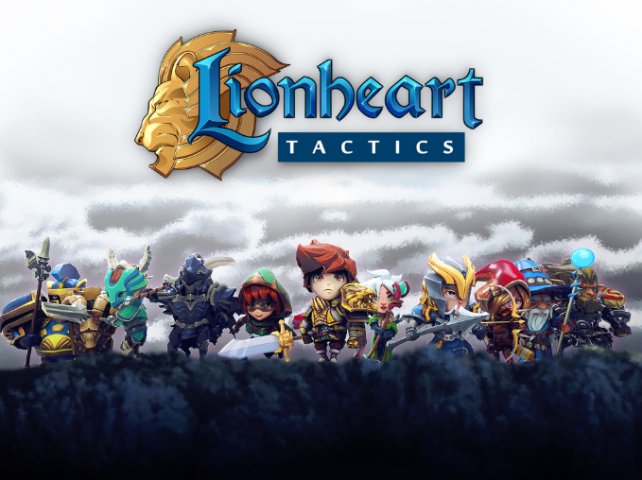 We got to love Lionheart Tactics here at Touch, Tap, Play: behind some cartoonish visuals lies a really deep and complex game. And if you want to get even better at it, check out our Lionheart Tactics cheats article here where we share with you a set of tips and tricks for the pros that are better than cheating and will help you beat mission after mission after mission, have the best heroes and best items available.

So let’s not waste any time because the enemy does not wait, and let’s check out below the Lionheart Tactics cheats and tips!

1. Teach skills to your heroes
One of the most important thing you can do with the coins you earn while playing Lionheart Tactics is to invest into teaching your heroes new skills (or improve the existing ones). Most of the skills that you can teach your heroes are passive skills (aka improvements of various stats) which also means that they are always active and once learned you will forever get that bonus. Each hero has their own set of skills that can be learned and you should try to adapt on their role in the field. In other words, it makes little sense to increase fighting skills of defensive units (like the healer) and more sense to increase the attack power of offensive units. A good idea is to first purchase all the possible skills since the bonus is greater, generally, compared to what an upgrade gives.

2. Equip the best equipment
Always make sure that your heroes wear the best possible equipment. I would suggest to manually go through the equipment and not use the auto equip feature to make sure that each hero does use the best possible equipment (as there are some that increase particular traits but lower others). It does take a little time to go through all the heroes and equip them, but this will also take you a long way in battle.

3. Focus on recruiting Silver Heroes
The Silver Hero does cost a pretty impressive 6,000 coins which are relatively difficult to get, but they’re also those who make it worth the investment as you get a Novice hero to start with, which means overall better skills. Early on you could get a couple of Bronze heroes and raise their skills through battle, but the easiest way is to invest in Novice heroes from starters.

4. Attack with the heroes you want to level up
Heroes gain experience in battle based on their in-battle activity. So a good idea if you want to level up a hero faster would be to use a specific hero more often than the others. A good strategy, even though risky, is to keep most of the other heroes back and charge with the one you want to level up, pair him or her with the guard and healer and keep attacking with that hero until you destroy everything around. Just make sure that the hero doesn’t die in battle!

5. Be strategic with troop placement and movement
A full forward attack will generally be a bad idea. Instead, use the terrain for your advantage: Attack from above to deal bonus damage with your archers, move slow to always be in the protective range of the guard an healer and take out enemies one at a time. This way, you will receive the least damage (a dead hero causes zero damage, while one with just 1 health left can still cause a ton). So always strategize and find the best approach to each battle.

6. Go into the arena for coins
Are you low on coins? The easiest way to get some extra ones, especially as you start out is to head to the arena and play against other players. Make sure you have a ton of heroes to choose from (and they’re all ready for battle) and you’re all set for winning heaps of coins and progress through the arena by gaining shields.

7. Use the super attacks of the heroes to your own advantage
Usually, it’s best to start your attacks with the special ones as you need a particular number of turns for them to recharge. Also, some heroes are better to be used first with their special skills – or as the situation requires. I am thinking here about the thief, who should be used for the bonus coins during battle right before an enemy dies (so she gets no damage) or if there’s just one enemy left and you’ll surely take him out, use the thief to get some extra money and then let the rest of the heroes do their job. The idea is to always perform the actions that reward you the most either in terms of coins or XP per hero.

8. Sell old equipment for coins
It rarely happens that you will actually have any need for the old equipment you have in your inventory, so put it to good use and sell it for some extra coins. Make sure you do this after you have a nice number of heroes, to make sure that you will get them all equipped. Crappy equipment is better than no equipment, in the end. Also, make sure you only purchase from the store the best possible equipment – but equipment that your heroes can actually wear!

And these would be, for now, our Lionheart Tactics tips and tricks. I really hope that you will find them useful – don’t forget to share with us any extra strategies that you use and find useful. 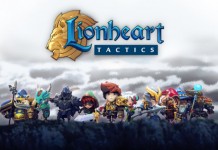