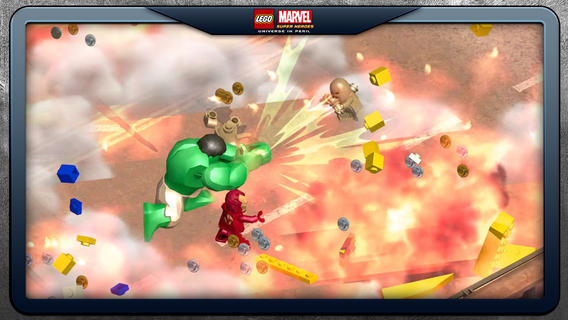 A new Lego game is now available for purchase on the App Store, courtesy of Warner Bros.

Lego Marvel Super Heroes: Universe In Peril has been originally released on PlayStation Vita and Nintendo 3DS and has now finally landed on the App Store, allowing gamers to control several characters of the Marvel universe on their own iOS devices.

Lego Marvel Super Heroes includes 91 different characters as well as 45 missions. Most of the characters aren’t available at the beginning, though, so you will have to unlock them as go along with the game.

Unlocking these characters is something you’ll definitely want to do, as each one of them comes with some unique abilities that are needed to solve puzzles and defeat enemies. With so many heroes getting included in the game, you’ll surely find the one that suits you best. Lego Marvel Super Heroes: Universe In Peril is a really nice game that comes with plenty of collectables so you will definitely be busy with it for quite a long time.

Lego Marvel Super Heroes is now available on the App Store for only $4.99. The download size is huge though, around 2.2 GB, so make sure to free up some space before downloading. The huge size if the game is due to the many cutscenes included in the game, so it’s somewhat justified.