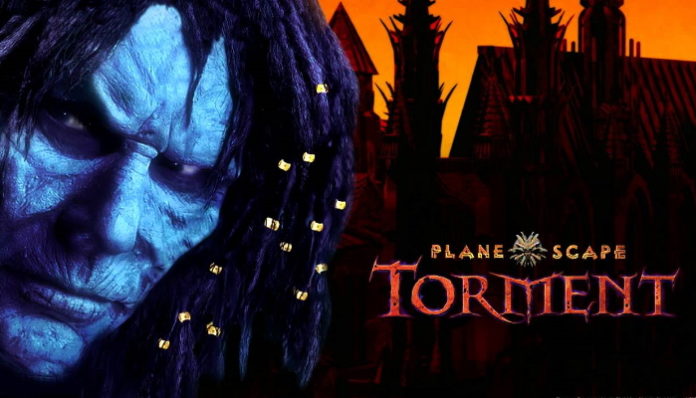 Rise, Nameless One. It is time we learned the history behind all of those dreadful scars and tattoos plastered all over your body. You may not remember any of them, but they remember you, and they are going to make sure you understand that. It is time to discover the truth behind your existence once and for all…

And thus begins the Nameless One’s journey in Planescape: Torment. Originally released on the PC back in 1999, Planescape was a top-down story-driven RPG similar to games like Baulder’s Gate.

Players take on the role of the Nameless One, an amnesia figure covered in scars and tattoos. Explore the strange city of Sigil, the city located at the center of the universe. Utilize one of the many planar portals to explore the vast world.

When it initially launched back in the day, the game sold poorly but received critical acclaim thanks to its well-written dialogue and plot, the interweaving ways of getting through the world, and the amount of character customization.

Now, the 1999 PC classic is in the palm of your hands. Planescape: Torment is now available on mobile platforms, and it is the “enhanced” edition of the game. Embark on the journey of a lifetime to see if you can answer the age old question.

“What can change the nature of a man?”

Planescape: Torment is available now on the App Store and Google Play Store for 9.99 USD.