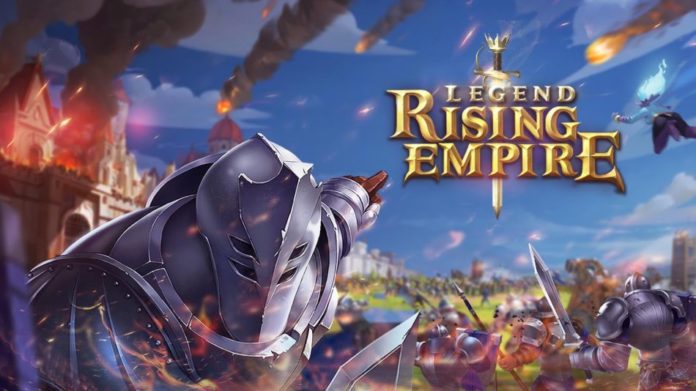 NetEase has decided to give us a chance of trying to manage a city in a MMO environment, by releasing Legend: Rising Empire on Android for now (hopefully, there’s an iOS version coming soon as well). And we’re here to help with a bunch of Legend: Rising Empire cheats and tips in a complete strategy guide.

The game comes with some interesting and unique concepts, making it different than most other similar strategy games available on mobile. Micromanaging resources and actively trading will be part of your daily tasks, as well as expanding your city and working together with your alliance member. A lot of fun and even more options, overall.

And with so many things to do in the game, you’re definitely in need for a guide that teaches you how to play the game. If that’s the case, you’re at the right spot. So, without further ado, here are our Legend: Rising Empire tips and tricks!

Carefully choose the structures you’re building
An interesting feature in Legend: Rising Empire is that you have buildings divided by categories (City Administration, Economy, Industry and so on) and you can only build a limited amount in each category. But the type of structures you build is completely your choice.

So do you want to build nothing but farms? You can do that (although it’s definitely not a good idea). However, this type of freedom comes with multiple strategic choices and options for you and allows you to optimize for various strategies you have in mind – or based on your needs.

My recommendation is to focus, early on, on building as many different structures as possible and slowly learn what type of resources and items you need for progressing easily. For example, I would say that early on production of Rough Leather Rope is essential, since that is used to upgrade your military buildings, therefore allowing you to build larger armies and become a better player.

So look at your needs and build accordingly. The good news is that you can delete buildings and replace them with something new in case you change your mind: simply hold over a building you want to delete, then do so from the menu that pops up. Just have in mind that you will still have to wait to build any new structure and you’ll always start from level 1. 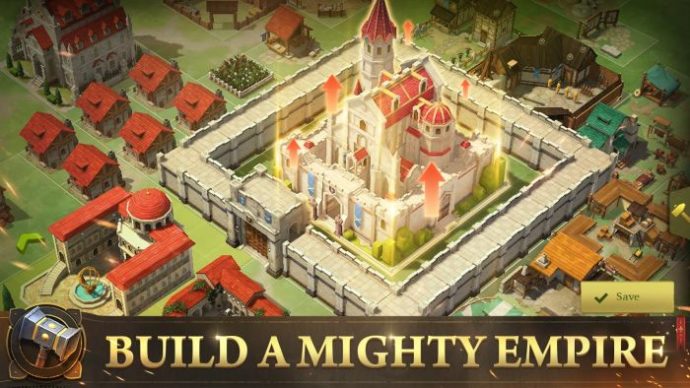 Level up everything ASAP
After deciding what buildings are needed in your city, you should start upgrading everything ASAP to the maximum allowed level. That level is usually decided by the level of your castle – so make sure to increase that if you want higher level buildings.

There are a ton of useful structures in the game and their numbers are huge, so you will have to prioritize at first. You can tap the small hammer icon near the large hammer icon (the building menu) in the lower left corner and tap the eye button. This will show you not only what resources each building you have produces, but also their level.

This makes it a bit easier to make sure that you have upgraded all your buildings to the maximum level. My recommendation is to do so before getting a new level for your castle.

Once you find that perfect alliance, you should use the teleport scroll you receive and move within the alliance’s territory to fully benefit from all the goodies that come packed with this. Also make sure to help the other alliance members, be active and donate to speed up the research of the various techs within the alliance – as this will also benefit you in the long run. 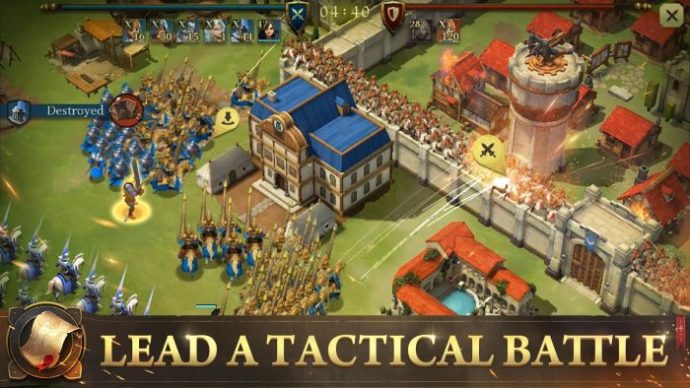 Constantly attack enemies on the map
You should never stop attacking enemies on the map. Find the highest possible level of bandits that you can defeat and keep on attacking them and taking them out in order to grab the rewards, level up your commanders and increase your standing with your current faction.

Train and retrain troops to keep the barracks full
Although you have this option, you don’t really have to take part in battles as they are taken care of automatically. However, if you want to reduce the number of losses (by using your commander’s skills), you can take part in them. This does take more time… so your other option is to constantly retrain troops you have lost in battle.

The good thing is that training is instant in Legend: Rising Empire and you will most likely have all the required resources on hand. But do make sure to replenish your troop counts after every 2-3 battles in order to grab those easy wins and lose as few soldiers as possible.

What faction should you choose?
There are three different factions available in the game and fortunately you can switch from one to another at any given time and at no extra cost. However, if you decide to switch factions, all the bonuses gained from your previous faction will be reset and any buildings that you have purchased as an effect of those bonuses will be automatically sold. However, you will keep your faction’s level if you decide to switch back.

The three factions available in the game are Money Empire, Industrial Giant and Warmonger. You can check out the details of bonuses offered by each level with each faction in the Factions menu, but I personally recommend going with the Warmonger from start to finish, even if you’re not really interested in PvP or fighting that much.

The bonuses offered by Warmonger are really good and all the other factions require you to eventually attack other players and keep up with the offensive. However, they do give you specific boosts to specific troops (mainly defensive ones), while my recommended one gives you more general bonuses. 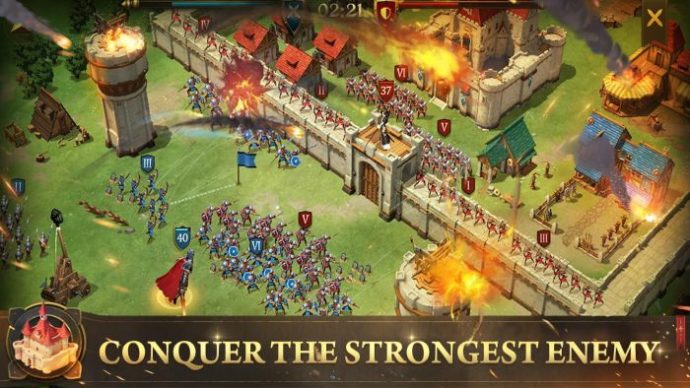 Trading should be your second nature
You will rarely have all the resources that you need on hand when you need them. However, the game allows trading to be done: you can do this in two ways and each of them is easy to use.

First and easiest way to find a specific resource is to go to the world map by tapping the Favilla button and tap the Goods icon to search for a specific one to get (like searching for Bandits to attack).

However, you might not know exactly what you need, and this is why using the second method is generally better and easier. This requires you to tap the building that you want to purchase the resource for and which you are lacking. Then, tap the Plus icon next to it (or the “Get more” button if it’s a material). You will be shown a bunch of options for getting more of that particular item, and the bottom one is “Obtain from trade”. Select it and enjoy your new materials!

Daily missions and other events
There are some events constantly going on in Legend: Rising Empire, while daily missions require you to complete specific tasks and reward you with chests filled with goodies if you do so.

Make sure to take part in all these events and complete all the missions as soon as possible in order to grab those goodies and keep progressing faster than your enemies do.

Keep removing the debris in your kingdom
As time goes by, debris appears in your city, under the form or rocks. Tap them in order to remove them and each time you do so, you will receive some sort of goodie, usually a minor time boost. These rocks reappear after a while, so make sure to constantly get rid of them in order to keep the rewards coming.

I will be honest and admit that I have minimal experience with defending my castle at the moment of writing this guide, but I will make sure to update it when this changes. However, it is pretty obvious that you should build multiple walls in order to fully surround your valuable buildings.

You should then set up the defenses and place archers on the said walls, while keeping the troops inside and close to a gate in order to protect them for a while, but have them ready to attack the enemy when needed. This whole thing works a bit like the traditional Clash of Clans, with various units in play, attacking different targets and having various weaknesses and powers.

Train and upgrade your commanders
A final thing that you should have in mind is training your commanders. You should focus on the rarer ones after unlocking them, but any three are better than none. So make sure to constantly send them to battle, but most importantly level them up using the XP potions gained in battle.

You can also unlock skills and equip them eventually – just make sure that you have an empty skill slot when trying to equip a skill, otherwise it will replace (without warning, as I found out the hard way) an existing skill.

These would be, for now, our Legend: Rising Empire tips and tricks. There is room to go more in depth with the various features of the game – and that is exactly what we’re planning to do in future articles. So make sure to check back often for more about your favorite games, here on Touch Tap Play! 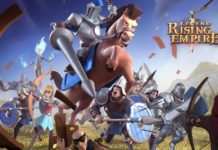 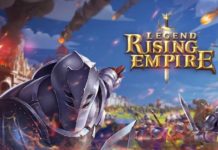